Indian Government May Bar Pharmaceuticals from Giving Gifts to Doctors

Pharma companies may soon be barred from giving any gift, cash or offer hospitality to doctors, as Indian government is considering making it mandatory for them to follow uniform marketing practices code.

The code also prohibits companies from supplying drugs as samples, which are used to treat depression, inducing sleep such as hypnotic, sedative or tranquilliser.


As per the code, the companies should not offer any gift or benefits in kind or offer foreign trips to doctors and if any firm was found following such practices, it could be expelled from the association.

"As of now it is voluntary for pharmaceuticals companies to follow UCPMP, but we are considering to make it compulsory in next few months," a senior government official told PTI.

A process has already been started to rework the entire code so that it could be make compulsory and the department will hold discussions for the same with all stakeholders including industry, Medical Council of India and others, the official added.

The marketing code which also cover medical devices sector was initially implemented from January 1 this year for a period of six months, which was extended for two months till August 31 and now has been extended for four months till December 31 this year.

As per the code, the companies can extend funding for medical research and study through approved institutions as per law and it should be fully disclosed.

The code also have stringent measures for audio video promotional activities and for the supply of free samples of medicines.

Trade Group in Uruguay Demands a Review of the Cannabis Law
Pharmacies must work for the health of the population and the use of psychoactive substances for recreational use whether legal or not is detrimental to health.
READ MORE 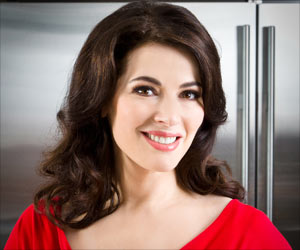 No-One Should Be Put On This Earth To Go On a Diet: Nigella Lawson
Nigella Lawson said that she feels in better shape than before and now enjoys a slow form of yoga called Iyengar. She also added that she hates "healthy food" and "clean eating."
READ MORE