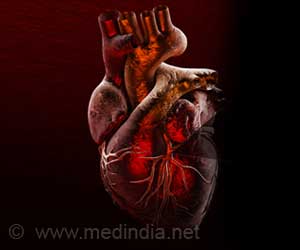 A three-year-old boy who was suffering from a rare heart condition was successfully diagnosed and operated by doctors at the Fortis Hospital, New Delhi.

Mohd Aasim was from Jammu and Kashmir and had a large hole in the heart. His aorta and pulmonary artery were coming out of the wrong chamber.

To add on to his complications, one of the main blood vessels was blocked below the valve. As a result, the kid had turned blue with oxygen concentration of mere 52 percent instead of 100 percent, the hospital said in a statement.


A team led by Vijay Agarwal, Director and HOD, Paediatric Surgery, Fortis Memorial Research Institute, successfully operated upon the patient using Double Root Translocation (DRT) surgery method.
Advertisement
"The eight-hour-long operation and post-op recovery of the patient was smooth. He came out of the ventilator only five hours after being shifted from the ICU," Agarwal said.

"The next day, his oxygen concentration was restored to 100 percent," he added.

At the time of admission, an echo and CT evaluation was conducted, after which a decision was taken in favour of the complicated surgery, in consultation with his family who were briefed about the risks involved.

Hole in the Heart Increases Risk for Stroke After Surgery
Preoperatively diagnosed patent foramen ovale (hole in the heart) is associated with perioperative ....

Scientists Discover Baby Heart Disease Gene
A gene that is associated with a form of congenital heart disease found in newborns has been ......

Teen With Hole in Her Heart Cannot Be Made Whole 'Unless She Has A Heart Attack'
A teenager who has a hole in her heart says she has been refused an operation unless she has a ......

Boy With 'Holey' Heart Lives
2-year-old Alistar Essex did not have just one hole but as many as a teabag, discovered stunned ......