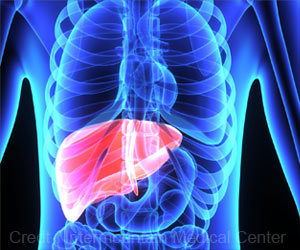 Dr Subhash Gupta is heading to Karachi to perform about three to four liver transplants and train local doctors in Paksitan.

Advertisement
‘Dr Subhash Gupta, the Chief of Hepato-Pancreato-Biliary surgeon and the Director of the Center of Liver and Biliary Sciences at Max Hospitals in Delhi, with other Indian doctors, has been conducting liver transplants for the people of Pakistan.’

This time he is expected to perform "three to four liver transplant surgeries at the Ojha campus of DUHS", according an announcement made by the vice-chancellor of the university, Prof. Saeed Quraishy, at a medical conference organized by the Pak GI and Liver Diseases Society (PGLDS).


The doctor is also expected to train a team of Pakistani surgeons to enable them to perform complicated surgery without foreign supervisions.

This visit is Dr. Gupta's second visit to the DUHS in three months. On December 2017, he had performed three transplants at the same institution and received shields of appreciation from the governor of Sindh, Dr Ishratul Ibad.
Advertisement
A path-finder
Dr Gupta is credited globally for his work in the field of liver transplantation. He pioneered the development of Living Donor Liver Transplant (LDLT) in India, and was recognized for successfully performing 300 LDLTs in 2013 at Indraprastha Apollo Hospital. He also received the Medical Council of India's Dr B.C. Roy Award by in 2016.

Medical crisis in Pakistan - Indian doctors to the rescue
According to the Express Tribune newspaper, Karachi's health sector faces a lack of trained human resources, due to which a large number of patients have to go out of the country for liver transplants.

Indian doctors have also been setting up liver transplant camps across the border. In 2015, a 'peace clinic' program was set up between Karachi's Dr Ziauddin Hospital and Gurugram's Medanta, where Dr Arvinder Singh Soin conducted a camp for liver transplant patients.