India to Get Help From Australian NGO to Control Rabies 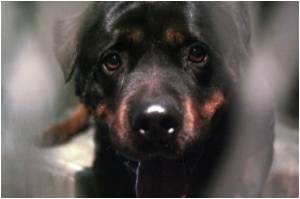 Indian health professionals to get training from experts of an Australian NGO to carry out anti-rabies program.

NGO Vets Beyond Borders will provide training to Indian veterinary professionals under a program launched June 18.

According to World Health Organization (WHO), rabies kills over 21,000 people in southeast Asia, nearly 45 percent of global deaths occur due to the disease.


In the partnership, Indian vets, vet assistants, dog catchers and program managers will undergo a year-long training program on carrying out effective anti-rabies programs through mass vaccination and sterilization of street dogs.

"The Indian government has recognized rabies as the No. 1 zoonotic disease (a disease spread from animals to humans) in the upcoming Five Year Plan," said Catherine Schuetze, executive director, Vets Beyond Borders India.

The program started in 2009 in a collaboration between Vets Beyond Borders and the Animal Welfare Board of India.

"The University of Queensland is excited to be involved in this program and wants to develop strong linkages and research collaborations with their veterinary counterparts in India," Schuetze said.

The training, funded by the Australian government, aims at training around 600 animal health professionals from all across India until April 2013.

The agency will partner with the Animal Welfare Board of India, eventually transferring capacity building skills and expertise to Indian public sector personnel.

Global United Nations' agency on health, WHO, defines rabies as a disease caused by a virus transmitted to humans from animals. It infects domestic and wild animals, and is spread to people through close contact with infected saliva via bites or scratches.

The NGO has been working with the Sikkim government since 2005 on a state-wide rabies prevention program.

The northeastern state has not reported any human rabies death over the last four years.

Neural Pathways In The Brain Being Traced With The Help of Genetically Modified Rabies Virus
A genetically-modified version of the rabies virus is helping scientists at Harvard to trace neural pathways in the brain.
READ MORE