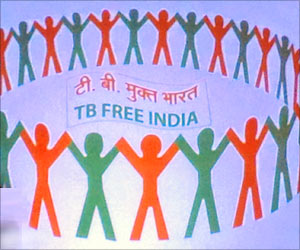 Nadda was representing India in the 29th board meeting of 'Stop TB' programme coordination committee in Berlin.

He said, "It is aimed that the world will be TB free by 2030. But under the leadership of Prime Minister Narendra Modi, we have set a target to eradicate TB completely by 2025 in India."


‘The Government of India is aiming to carry out Tuberculosis (TB) eradication program at grassroot level.’


Under National Strategic Action-Plan, the government is aiming at implementation of the TB eradication program at grassroot level. "We have already implemented daily drug regimen in five states and will cover the entire nation by the end of this year," he said.

He added that the government has installed 628 CB Nat machines so far, adding that 500 more machines for early detection and treatment of the disease would also be brought.

Tuberculosis: China Reports 900,000 New TB Cases Every Year
China remains the among the 30 countries with the highest incidence of tuberculosis despite a decline in cases since 2011.
READ MORE

Low-Cost Handheld Device may Spot Tuberculosis in 20 Minutes
A Britain-based technology company has claimed to have developed a smartphone-sized handheld DNA analyser that may diagnose tuberculosis in flat 15-20 minutes.
READ MORE

India's Phase 3 Vaccination: Here's How To Register Indian Concept of a Family Does Not Allow Same-Sex Partners Donkey Meat Consumption in Andhra Pradesh on Rise as Healer Fertility Rate of Indians Declines by 2035 India Vaccinates 2.2 Lakh Beneficiaries in a Day
More News