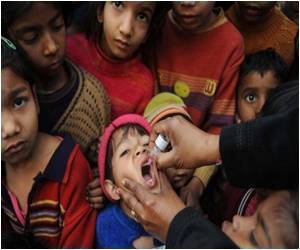 No new polio cases have been reported in India for the past one year. This has been the greatest public health achievement for India with the last polio case detected in West Bengal on Jan 13, 2011. The World Health Organization (WHO) will declare India as polio free only when there is no case of paralytic poliomyelitis by wild polio virus for three consecutive years.

Joint secretary in the Union Health Ministry Anuradha Gupta said, "It's a big milestone - considering that there was a time when India had more than 200 thousand cases every year."

The WHO said, "If all pending samples for the virus test negative, India- once regarded as the world's epicentre for polio- will become free of the disease for the first time in its history, reducing the number of polio-endemic countries to three: Pakistan, Afghanistan and Nigeria."


However, WHO's spokesperson for the Global Polio Eradication Initiative, Sonia Bari said, "It is a very welcome milestone, but it is not the end of the road. The Indian Government must remain vigilant and respond very rapidly to guard itself against any importation of polio from other countries"

Polio or Poliomyelitis is an infectious viral disease, which affects the nervous system. Children below the age of five years are more susceptible.
Advertisement

Leaders from around the world on Saturday vowed to eradicate polio, pledging millions of dollars in new funds to put an end to the crippling disease.
Advertisement