India Needs to Switch to Auto-Disable Syringes to Fight HIV 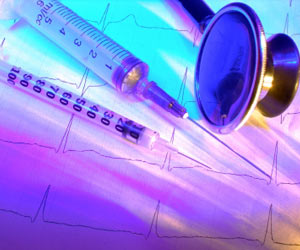 Standard Disposable syringes need to be ceased and the use of Auto-Disable (AD) Syringes have to be increased by the government of India to fight against HIV/AIDS epidemic.

A fraudulent doctor ended up giving the dreaded HIV infection to almost 20 people after he used the same infected needle to treat all the victims. About 40 people in a village of Unnao, Uttar Pradesh were tested positive for HIV after they were injected with the same needle.

Govt. takes immediate cognizance of the serious issue and deploy Auto-Disable Syringes to save India from Threat of HIV / AIDS epidemic. It is MUST for India to enforce Injection Safety on the priority basis" concluded Mr. Rajiv Nath, President, All India Syringes and Needles Manufacturers Association (AISNMA).


India needs urgent Healthcare System Strengthening (HSS) and introduction of Universal Infection Prevention (UIP) guidelines across the country.
Advertisement
Saddened to hear about 46 people getting infected with HIV due to reuse of a single syringe, Mr. Nath feels this could be just a tip of an iceberg as the problem is spread across the country.

If this menace is not stopped, India could be staring at an HIV / AIDS epidemic, Mr. Nath said questioning National AIDS Control Organization (NACO)'s lax attitude towards injection safety and preventable measures in its strategy to fight HIV.

"NACO is myopic in limiting problem of Syringe reuse to only drug users," Mr. Nath said. Every time such tragedies like the current one in Unnao or earlier in Modasa in Gujarat happens, it causes discussions and publication of a Guideline book and then forgotten.

Bad habits can't be changed by education alone if culturally ingrained and therefore reliance has to be on technology. As a car alarm forces you to belt up so does Auto-Disable (AD) Syringes ensure- no possibility of Reuse.

Quoting WHO, Mr. Nath said that "Every $ 1 spent on injection safety saves $ 14 in public healthcare. A recent Health Technology Assessment study released by DHR finds Reuse Prevention AD Syringes cost effective at 1.90 Rs. Why use disposables that get misused and reused to become the carrier of infection without universal precautions?" As in immunization, AD syringes can be used universally for all therapeutic injections.

In this context, it is important to ask, what is India's Road Map to switch to Auto-Disable Syringes as per WHO advisory to achieve this by 2020? Uganda and Tanzania banned imports and use of Std Disposable syringes to fight HIV and to disallow access to Quacks and Private sector to Disposable Syringes. Why is it not being done in India? Mr. Nath implored further.

The Ministers in various states of Health and Family Welfare and DGHS asks us to stop making Disposable Syringes and switch to AD syringes. We are ready to do so, but India should first stop buying disposable syringes in a predictable, planned phased manner and change to AD syringes, and then CDSCO/ Regulators need to enforce a ban/ restricted access.

With more than 40 thousand Quacks in Delhi alone one can imagine how quickly and fiercely the HIV epidemic is spreading. Reusing syringes constitutes one of their primary unsafe practices. Therefore 46 people infected with HIV in Unnao of Uttar Pradesh could as well be news of any part of Delhi and anywhere from rest of India.

"It is high time Govt. takes immediate cognizance of the serious issue and deploy Auto-Disable Syringes to save India from Threat of HIV / AIDS epidemic. It is MUST for India to enforce Injection Safety on the priority basis" concluded Mr. Nath.

Dosing Errors can Be Minimized by Using Oral Syringes for Kids Liquid Medications
A research study on dosing errors in kids liquid medication suggested that use of oral syringes may ...

3-D Printed Micro-Camera That can be Injected into a Human Organ With a Syringe
A camera no bigger than a grain of salt that could change the future of health imaging - and ......

New Skin Patch Could Replace the Syringe for Disease Diagnosis
Drawing blood and testing it is standard practice for many medical diagnostics. As a less painful .....

Medical Technician Who Contaminated Syringes With Hepatitis was Unable to Handle Stress
A traveling medical technician in the United States wrote a suicide note in which he claimed he was ...