India is One Among Most Water Stressed Countries in the World 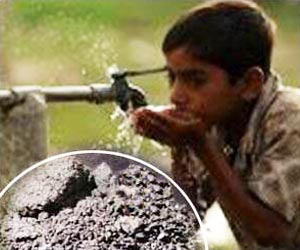 New data that analyzed 37 countries says that India is one of the most water-stressed countries in the world.

According to the Huffington Post, India is among the high stress countries with 40-80 percent ratio of withdrawals to supply, which refers to the ratio of annual water withdrawals to total available annual renewable supply.


Paul Reig, associate for WRI's Aqueduct project said that water stress can have serious consequences for countries around the world, including droughts, floods and competition for limited supplies threatening national economies and energy production.
Advertisement
In the first such country-level water level assessment, the researchers looked at water risks in 100 river basins and 181 nations around the globe.

Reig further said that if countries and international-level decision makers understand more clearly where water stress is most severe, they can direct attention and money toward the most at-risk regions.

Countries having the most amount of water stress include UAE, Western Sahara, Singapore, Qatar, Cyprus, Malta, Jamaica, Bahrain, Barbados, among others.

Source: ANI
Advertisement
<< Researchers Develop Material That Heals Itself
Doctors Should Help 'Tired of Living' Elderly to Die If Tha... >>

Giardiasis
Giardiasis is an infection of the small intestine caused by a parasite called Giardia lamblia ...