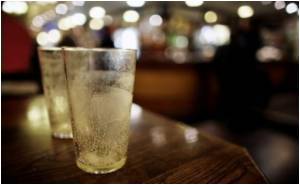 The death toll in eastern India caused by toxic home-brewed alcohol climbed to 170.

"We now have 170 confirmed dead," Shyamapada Basak, health services director of West Bengal state told AFP. He added that the toll was expected to rise further as 145 people were still critically ill in local hospitals.

Police said they had arrested another two people, taking the number detained to 12 over the past two days.


"We are now looking for Khonra Badsha, the kingpin of the racket involving the sale of illicit, spurious liquor in the district," West Bengal police additional director general, Surojit Kar Purokayastha told AFP.

Alcohol consumption for recreation and relaxation has become a universal culture. But do you think you know enough about this drink - Take this quiz and find out.
Advertisement
The victims of Tuesday's alcohol poisoning are from 10 villages in an area near West Bengal's border with Bangladesh.

Speaking in the state assembly, Chief Minister Mamata Banerjee said the home-made liquor industry had "assumed the proportions of a small-scale industry".

Suggestion a nexus between politicians and bootleggers, she said "political intervention" made it difficult for police to crack down on the illegal liquor trade.

Many of the victims were labourers and rickshaw drivers too poor to afford branded alcohol who stopped for a drink at illegal bars or bought from bootleggers after work.

"We have destroyed more than a dozen distilleries in the past few days," he said.

Local hospitals have been overwhelmed by victims arriving either unconscious or complaining of abdominal pains and burning in their chests.

Police official Purokayastha said that a forensic team was working to ascertain the chemical ingredients in the toxic brew.

Earlier on Thursday, district magistrate Narayan Swarup Nigam told AFP that methanol had been detected in at least 20 victims.

Methanol is a highly toxic form of alcohol sometimes used as an anti-freeze or fuel, but also added by producers of home-brew liquor to increase the alcoholic content of the drink.

If ingested, it can cause blindness and liver damage and it kills in larger concentrations.

A 2004 World Health Organisation report concluded alcohol abuse was one of the main killers of young Indian men, while an Indian government-funded study the same year found 62.5 million people were unhealthily dependent on alcohol.

Other recent mass poisonings caused by home-brewed alcohol include one in July 2009 when 43 died in the western state of Gujarat, which bans the sale of alcohol.

In May 2008, more than 168 people died in the southern states of Karnataka and Tamil Nadu.

Shoppers to Beware of Killer 'Fake And Cheap' Gadgets