India Became Free of Yaws and Neonatal Tetanus In 2016 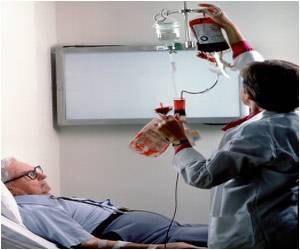 India is a country where just 1.5 percent of the GDP goes to healthcare. It took some promising steps to uplift patient care in 2016 - a year that also saw it becoming the world's first country free from yaws, an infection common in children, and neonatal tetanus, a lethal consequence of unhygienic deliveries.

The development won India praise from global health groups after the World Health Organisation (WHO) certified that the country had eradicated the two infections.

Increases in IT sophistication can lead to potential improvements in health care quality measures in nursing homes, suggests a new research.
Advertisement
‘A new type of initiative named "Kayakalp Fortnight" was launched to ensure upkeep of high levels of cleanliness, sanitation and hygiene within and outside the premises of central government hospitals.’
Tweet it Now

With this, India became the first country under the WHO 2012 Neglected Tropical Diseases (NTD) road map to eliminate the infections. The certification came when a team of WHO experts found that the infections no longer spread in the country.


Yaws is a chronic disfiguring and debilitating childhood infectious disease that affects the skin, bone and cartilage. It was among the first targeted by WHO for eradication in the 1950s.

A program that offers incentives for British Columbia's primary care physicians has failed to improve access to primary care or reduce hospitalizations.
Advertisement
India, which hosted the seventh edition of WHO's Framework Convention on Tobacco Control (FCTC) COP 7, also moved to the third rank globally among 205 countries with 85 per cent implementation of pictorial warnings on tobacco products packs.

This is considered a colossal success for a country that roughly spends Rs 30,000 crore ($4.5 billion) annually in public and private spending on treatment of tobacco-related illnesses.

The government also took a key decision in regard to the health prospect of surrogate mothers. It gave its nod for the introduction in Parliament of the Surrogacy Regulation Bill, 2016. The bill proposes a ban on commercial surrogacy and allows ethical surrogacy to needy infertile couples.

Rota Virus diarrhoea causes about 78,000 deaths and about 870,000 hospitalisations each year in India.

Also, to curb the break-out of vector-borne life-threatening diseases such as malaria, dengue and chikungunya every year, the government announced a joint project under the Public Private Partnership (PPP) Model with the Indian Council of Medical Research and Sun Pharma to initiate research for their eradication.

The research organisaton also signed an agreement with the pharma company and the Madhya Pradesh government to establish a malaria elimination demonstration project titled "Malaria-Free India".

Efforts were made to boost the healthcare of mother and child -- both pre- and post-pregnancy. As part of this, a scheme, the "Pradhan Mantri Surakshit Matritva Abhiyan" (PMSMA), was launched to provide fixed-day assured, comprehensive and quality antenatal care to pregnant women on the ninth of every month.

A minimum package of antenatal care services would be provided to pregnant women in their second or third trimesters at government health facilities during the campaign.

India's Sustainable Development Goals (SDGs) target for maternal mortality rate (MMR) is less than 70 per 100,000 live births and for preventable deaths of newborns and children under five (neonatal mortality) is 12 per 1,000 live births.

Indian Society of Nano Medicine (ISNM) -- monitored by the All India Institute of Medical Sciences (AIIMS) -- was also formed to slash the increasing cost of medical treatments of various kinds.

ISNM is an initiative to bring several Indian nano-technology researchers together and find ways to slash the high cost of medicines, provide customised treatment and improve diagnostics.

It is billed as the biggest advantage to the Indian medicine system in precise cancer treatment, which means nano-technology will be used to destroy cancerous cells without harming healthy cells at a less cost.

A new type of initiative named "Kayakalp Fortnight" was launched to ensure upkeep of high levels of cleanliness, sanitation and hygiene within and outside the premises of central government hospitals in the country.

Researchers have identified three IT capabilities hospitals should have that lead to higher rates of employee productivity and flexibility.
Advertisement