India and China Less Crowded as Compared to Britain 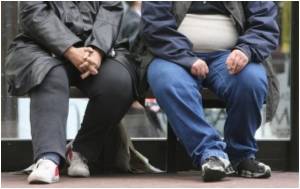 Statistics show that Britain is much more crowded than India and China.

According to the Overpopulation Index, England is the most crowded country in Europe and the fourth most crowded in the world.

Singapore, Israel and Kuwait occupy the first three positions, while the UK is ranked 17th in the list of 130 countries.


Sir Andrew Green, of MigrationWatch UK, said: "It's obvious to everyone that England, particularly the South-east, is heavily overcrowded.

"According to official figures two-thirds of population growth in the next 20 years will be as a result of immigration. Such an increase in our population will put even further pressure on our public services such as housing, schools and hospitals."

Dozens of visitors lined up to ascend the viewing deck of the world's tallest tower in Dubai on Monday, which reopened after an elevator breakdown forced its closure only a month after
Advertisement
According to the Daily Express, the Overpopulation Index is thought to be the first study to rank countries according to the "sustainability" of their populations and how dependent they are on other nations for resources.

Researchers measured the "ecological footprint" of each country's citizens to judge the resources they were consuming and how many people they could sustain if they had to be self-sufficient. They gave the UK a self-sufficiency rating of just 25.8 per cent. At current levels, our dependency on other countries' resources is predicted to increase to 90 per cent by 2032.

OPT chairman Roger Martin said: "The UK is moving the wrong way up the league table because of continuing rapid population growth. The position for England is even worse.

According to the index, the world as a whole is overcrowded by two billion - the difference between its population and how many it can support sustainably.

A five-year-old girl in pigtails is typical of hardcore following of Hevisaurus, a metal band that has hooked the kiddie crowd in Finland.
Advertisement

Forget Cristiano Ronaldo, Wayne Rooney or Lionel Messi. With less than 100 days to the World Cup, it was four pint-sized robots that wowed crowds in Germany Tuesday with their footballing
Advertisement