India: 18th Most Religious Country in the World 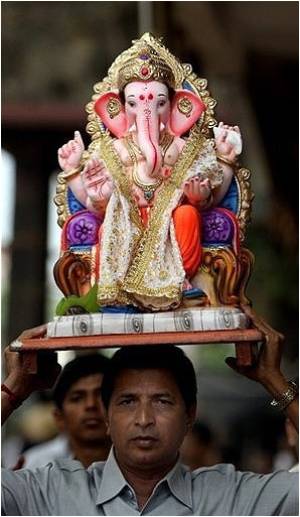 According to a recent survey, India has been ranked the 18th most religious country in the world.

The polls results released by the Win-Gallup International Religiosity and Atheism Index showed that only 13 percent Indians considered themselves as "not religious" while 3 percent claimed themselves as "convinced atheists".

Religious observances that have powerful control over female sexuality are more successful at promoting conviction about paternity, states study.
Advertisement


The poll showed that China had the maximum number of atheists at 47 percent, followed by Japan with 31 percent, Czech Republic with 30 percent and France with 29 percent.

Union Minister of State for Tourism Sultan Ahmed has urged the community leader in West Bengal to come together to spread awareness about the benefits of polio vaccine.
Advertisement
Ghana was found to be the most religious country in the world with 96 percent of the people believing in religion, followed by Nigeria with 93 percent.

The survey also indicated that globally the number of people claiming to be religious dropped by 9 percent while atheism rose by 3 percent.he poll, conducted during November 2011 and January 2012, was based on interviews with 52 000 men and women from 57 countries in five continents.

Filipinos Most Religious in the World

More number of Filipinos believe in the existence of God compared to citizens of any other country, a new study carried out in the United States reveals.
Advertisement
<< Professor Releases New Weight Management and Healthy Blood ...
Depression may Boost Peripheral Artery Disease Risk >>