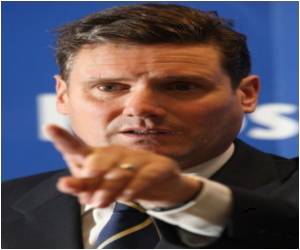 A study has pointed out that most Britsh people are unable to make a decision because they feel overwhelmed by too much choice.

The study showed that nearly half of all those questioned (47 percent) are so overwhelmed by choice, that they are hinder from making quick, confident decisions.

The 'Confused Nation' report by the University of Bristol and Confused.com identified these people as "a group of individuals suffering high levels of confusion whilst displaying an inability to be decisive, leading in some cases to depression".


"With a constant stream of new media, daily technological advancements and aggressive multimedia advertising, its no wonder over half of Britain thinks life is more confusing for them than it is for their parents," the Scotsman quoted Professor Harriet Bradley as saying.

"We really are becoming a nation of 'indeciders'," he added.

The one area that people find most confusing is politics, with 65 percent reporting being baffled by the policies of the major parties.

Unhealthy Choices Result From Being 'Aroused'
Being aroused in any way may make you feel positive and happy, but that can come at the cost of ......

Dating Choices Influenced By Friends and Strangers
Men and women are greatly influenced not only by what their friends think of their potential fling ....

Food Choices Based on TV Ads Promote Imbalanced Diets
Making food choices based on television advertising results in a very imbalanced diet according to ....