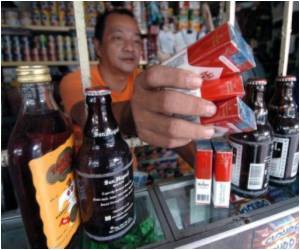 The number of alcohol drinkers in the United States has been steadily on the rise with the latest Gallup poll reporting that more than 67 percent of adults in the country are regular drinkers.

This is the highest percentage since 1985, less than four percent of the all time high of nearly 71 percent in 1976-78. Majority of the adults prefer drinking beer with wine and liquor coming a close second and third.

Gallup put a religious twist to the issue in explaining the high number of alcohol drinkers. Those people who seldom go to the church every week are more likely to indulge in drinking alcohol compared to those who go on a regular basis.


Alcohol-related illnesses as well as crimes are also on the rise in the US, making this a leading public health concern.