Increases in Antibiotic Use Linked to Improved Drug Coverage Under Medicare 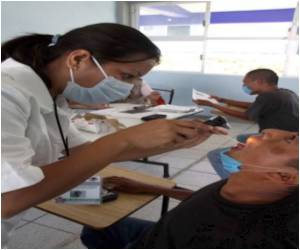 A report in the August 9/23 issue of Archives of Internal Medicine, one of the JAMA/Archives journals, says that antibiotic use appears to have increased among older adults whose prescription drug coverage improved as a result of enrolling in Medicare Part D, with the largest increases for broad-spectrum, newer and more expensive drugs.

"Overuse of antibiotics is a common and important problem, potentially leading to unnecessary spending for prescription drugs, increased risks of adverse effects with no associated benefit and the development of antimicrobial resistance," the authors write as background information in the article. "Multiple programs have aimed to reduce inappropriate antibiotic use in inpatient and ambulatory care settings. Although many of these interventions have helped curb antibiotic prescribing for acute respiratory tract infections and other conditions, there may still be substantial room for additional reductions."

Several studies have shown that as medication costs increase, patients are less likely to fill prescriptions or take drugs prescribed for their chronic conditions. To assess whether similar associations exist for the use of antibiotics, Yuting Zhang, Ph.D., and colleagues at the University of Pittsburgh conducted a comparison group analysis among 35,102 older adults two years before and after implementation of Medicare Part D. This expansion of prescription drug coverage was estimated to reduce out-of-pocket spending between 13 percent and 23 percent.


Participants belonged to one of four groups: three intervention groups who had no or limited drug coverage between 2004 and 2006, and one comparison group that had stable drug coverage without caps through their employer throughout the four-year study. In January 2006, all participants in the three intervention groups enrolled in Medicare Part D, with standard benefits including a $250 deductible, a 25 percent co-insurance before drug spending reaches $2,250 and a 5 percent coinsurance for catastrophic costs (drug spending of more than $5,100 or out-of-pocket spending of more than $3,600).

Apollo Munich Health Insurance Co. Ltd is a joint venture of Apollo Hospitals Group, Munich Health. Apollo Munich offers a wide array of health insurance plans.
Advertisement
"We found that the use of antibiotics increased in response to reductions in out-of-pocket price after Part D implementation," the authors write. Relative to the comparison group, antibiotic use increased the most among participants who transitioned from no drug coverage to Medicare Part D. These individuals were more likely to fill prescriptions for any class of antibiotic, with the exception of sulfonamides, after Part D implementation than before. In addition, the two groups who had previously had limited drug coverage were more likely to fill prescriptions for broad-spectrum antibiotics after enrolling in Part D.

For pneumonia, part D implementation was associated with triple the rate of antibiotic treatment among those who previously lacked drug coverage. "Given the high mortality associated with community-acquired pneumonia among the elderly, the finding that changes in drug coverage improve the likelihood of treatment is encouraging," the authors write.

A basic awareness about Indian health insurance for any layman for quick reference presented in a crisp format.
Advertisement
Advertisement