Increased Walking Activity Benefits Our Health in the Long Run 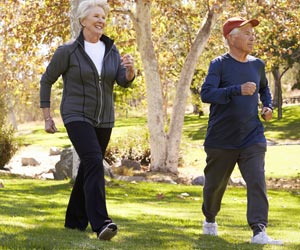 Pedometer-based walking interventions can offer long-term health benefits in older adults by decreasing their risk of heart attacks, strokes, and cardiovascular events, reveals a new study. The findings of the study are published in the journal PLOS Medicine.

Tess Harris and colleagues from the St George's University of London, UK and other institutions, conducted two trials of walking interventions which aimed to increase step count and physical activity. Not only did the investigators see sustained increases in physical activity at 3-4 years in the intervention group participants, but they also noted fewer cardiovascular events and fractures.

Physical activity has been shown to be protective for many health conditions, and inactivity is a key risk factor contributing to the global burden of disease.

Based on these observations, about 61 people would need to receive the walking intervention to prevent one cardiovascular event and 28 people to prevent one fracture. Although the rates of adverse health events were low in this study and were restricted to only those recorded in primary care records, under-recording would not have differed by intervention status, so should not have led to bias.

The authors note that "short-term walking interventions can produce long-term health benefits and should be more widely used to help address the public health inactivity challenge." 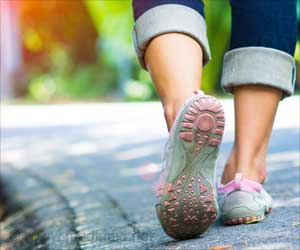 Your Walking Pace May Now Predict Your Risk For Heart Disease
Scientists have established slower walking speed as a new tool to measure risk of cardiovascular mortality or heart disease.
READ MORE

Body Types and Befitting WorkoutsWalking for Fitness and Weight LossWalking As An ExerciseHealth Insurance - IndiaWho Else Wants to Know How Walking Helps Heart and Brain?