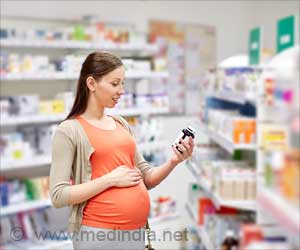 Gestational diabetes (GDM) during pregnancy doubles the risk of cardiovascular disease in the years following childbirth compared to women who do not develop GDM, revealed new research published in Diabetologia (the journal of the European Association for Study of Diabetes [EASD]). This increased risk remains even if women who had GDM do not go on to develop full blown type 2 diabetes, concludes the study by Dr Caroline Kramer, Dr Sara Campbell and Dr Ravi Retnakaran, Mount Sinai Hospital, Toronto, and University of Toronto, ON, Canada.

Women who develop GDM have an elevated lifetime risk of going on to develop type 2 diabetes, at least seven times higher than women without a history of GDM. Recently, various studies have suggested that women with GDM also have an increased risk of CVD. However, it is unclear if this increased CVD risk is dependent on the development of T2D. In this study, the authors did a systematic review and meta-analysis to determine if and how these conditions were related.
Advertisement
‘The diagnosis of GDM identifies young women who have double the risk of cardiovascular events after birth compared with their peers who did not develop GDM. ’

Their analysis of studies in the PubMed and EMBASE databases from 1950 to 2018 provided nine eligible studies (all published in the past six years) providing data from 5,390,591 women and 101,424 cardiovascular events. Compared with those who did not have GDM, women with GDM had a doubled risk of future cardiovascular events.


Further analysis of the data showed that rates of incident T2D across the studies did not affect this risk. Moreover, when restricted to women who did not go on to develop T2D, GDM remained associated with a 56% higher risk of future cardiovascular events. GDM also conferred a 2.3 times increased risk of cardiovascular events in the first decade following delivery.
Advertisement
"This risk is not dependent upon development of T2D and is apparent within the first decade after pregnancy. Thus, even without progressing to type 2 diabetes, women with GDM are an at-risk population for CVD and hence a potential opportunity for early risk factor surveillance and risk modification."

They add it is notable that the association between GDM and CVD is consistently apparent across study populations of varying sizes from different countries (USA, Canada, UK, France, Israel and Sweden). They also say that, since the higher risk of CVD in women who have had GDM is not dependent on T2D, it could be related to one or more other risk factors, including increased inflammatory markers such as C-reactive protein, higher levels of blood fats, low levels of HDL (good) cholesterol and higher levels of LDL (bad) cholesterol. The authors say: "Each of these features has been shown to be present as early as 3 months after delivery, suggesting that women with GDM may experience long-term exposure to this enhanced risk factor profile."

They add: "Taken together, these data support the emerging concept that women who develop GDM actually have a chronic metabolic disorder that comes to clinical attention during gestation, although it exists before, during and after the pregnancy. In this way, the diagnosis of GDM may be seen as identifying women who have a long-standing, high-risk cardiometabolic profile that would otherwise escape clinical detection during the relative youth of their childbearing years, if not for the screening that they undergo during pregnancy that will diagnose GDM."

They conclude: "The diagnosis of GDM should be recognised as providing a unique window into a woman 's future risk of CVD, and hence an opportunity for early risk modification and possibly prevention of what remains a leading cause of mortality in women worldwide in 2019."