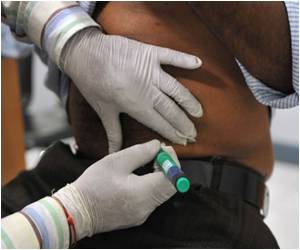 A vital part of pharmaceutical manufacturers gaining approval for use by the U.S. Food and Drug Administration are clinical drug trials. A commentary assesses the issues surrounding the lack of clinical trials on medications used by children, most notably neonates, and how drug manufacturers and academic researchers could work together to create clinical trials that would benefit this underrepresented population. It is scheduled for publication in The Journal of Pediatrics.

Henry Akinibi, MD, and colleagues from Cincinnati Children's Hospital Medical Center and the University of Cincinnati believe that the lack of clinical drug trials for neonates is caused by many factors, including additional regulatory requirements, no adult equivalents of many neonatal diseases to gain a starting point, lack of financial incentives for pharmaceutical companies, and the unique physiology of neonates. As a result, many doctors prescribe adult-approved drugs for children in off-label and unapproved uses; unfortunately, without clinical trials, the safety of this practice often is unknown and could place neonates at risk for unknown complications.

Even if kids are likelier to suffer from many diseases than adults, few clinical trials are being conducted to test drugs in paediatric patients, states a study yet to be presented.
Advertisement

Throughout the years, the federal government has created legislation in an attempt to gather more information on the medications prescribed for children; the Best Pharmaceuticals for Children Act and the Pediatric Research Equity Act were made permanent by Congress in August 2012. These types of legislation have led to over 400 pediatric drug-labeling changes since 1998. Because neonates were addressed in only 6% of these changes, they continue to be at risk for receiving ineffective medications, incorrect dosages, and developing unanticipated complications. Although these new laws now include a requirement that pharmaceutical manufacturers submit plans for pediatric studies at certain times in the drug-approval process (e.g., Phase 2), they do not require a neonatal inclusion. This is important because drawing conclusions from the results of drug trials in older children and applying them to neonates is not ideal and continues to leave this population at risk.


Indisputably, unstudied medications for neonates have played a major role in the positive outcomes and increased viability for infants born prematurely, and, overall, recent laws have resulted in great strides in pediatric trials. However, the neonatal population still lags in inclusion. Of over 120,000 studies at the National Institutes of Health clinical trials repository, only 0.6% involves neonates; in total, only 3.4% of all registered pediatric studies involve neonates. Open communication and cooperative sharing between industry and academics are integral components to ensuring that drugs are safe and effective for all populations. According to the first author of the article, Jason R. Wiles MD, "Inclusion of neonatologists and neonatal pharmacologists in study designs, and early in the drug development process, would make data generated from such studies more relevant and useful."