A common complication of retinitis pigmentosa is cystoid macular edema (CME), causing swelling in the retina. Retinitis pigmentosa (RP) is a family of retinal diseases in which patients typically lose night and side vision first and then develop impaired central vision. CME can also decrease central vision. Current treatments for CME in RP are not always effective and can lead to adverse results.

Researchers from the Massachusetts Eye and Ear, Harvard Medical School, and Boston University School of Medicine tested whether the extent of retinal swelling due to CME was inversely related to dietary iodine intake in patients with RP and found that it was. This finding raises the possibility that an iodine supplement could help limit or reduce central foveal swelling in RP patients with CME.

Their results are presented online in the July issue of JAMA Ophthalmology. Past research performed on a previous population showed an inverse association between the presence of CME and reported iodine supplementation in RP patients. This finding and physiology research by others pointed to iodine as being worth investigating further. In the present experiment, the researchers performed a cross-sectional observational study of 212 nonsmoking patients 18 to 69 years of age who were referred to Mass. Eye and Ear for RP with visual acuity of no worse than 20/200 in at least one eye. They used optical coherence tomography to measure central foveal swelling due to CME in the patients.

"Additional study is required to determine whether an iodine supplement can limit or reduce the extent of CME in patients with RP," said Michael A. Sandberg, Ph.D., lead author of the study and senior scientist in the Berman-Gund Laboratory for the Study of Retinal Degenerations at Massachusetts Eye and Ear and Associate Professor of Ophthalmology at Harvard Medical School.

Facial Swelling Symptom Evaluation
Facial swelling or swollen face may appear as a small swelling affecting a part of the face, or a generalized swelling of the face.
READ MORE 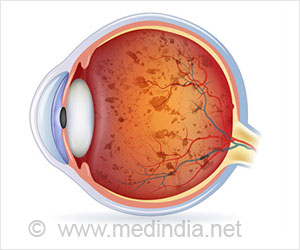 Retinitis Pigmentosa
Retinitis pigmentosa is an inherited degenerative disorder which affects retinas ability to respond to light. It results in progressive loss of vision, eventually leading to blindness.
READ MORE