Increase in Smoking Among Christchurch Residents After Earthquake 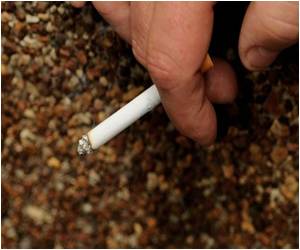 A new study has found surge in tobacco consumption among Christchurch residents after the 2010 earthquake.

The results of the study will be presented today (4 September 2012) at the European Respiratory Society's Annual Congress in Vienna.

The 7.1-magnitude Christchurch earthquake, and subsequent aftershocks, have caused a huge amount of damage and dramatically changed the social, working and living conditions for residents in the city.


To investigate the effects of the disaster on smoking levels, researchers from the Canterbury District Health Board, New Zealand, carried out interviews with 1,001 residents 15 months after the first earthquake. Participants were asked about their smoking habits before and after the earthquake.

Smoking kills the smoker silently, pushing him towards serious illnesses, which slowly lead to death.
Advertisement
The results showed that prior to the earthquake in August 2010, 319 people were not smoking at this time. Of this group, 76 people had smoked at least once after the earthquake, with 29 people from this group having more than 100 cigarettes since September 2010. Of the 273 people who were smoking in August 2010, 93 had increased their consumption of tobacco. 53 people in this group attributed this increase to the earthquake and the subsequent changes in lifestyle.

Professor Lutz Beckert, from the Canterbury District Health Board, said: "Increased levels of smoking were found in Christchurch residents after the earthquake. 28% of people who were not smoking prior to the earthquake picked up the habit following the quakes. This suggests that exposure to trauma, such as a natural disaster, can prompt people to start smoking as they believe it is a valid way to deal with their anxiety over their experiences and coping for changes in lifestyle.

"It is important for healthcare professionals to be aware of this increased risk in the aftermath of a disaster, such as the Christchurch earthquake, so that they can be ready to provide the necessary support to residents before they turn to cigarettes."

Do you smoke cigarettes daily? Use medindia smoking risk calculator and calculate your reduced Life Span due to Smoking.
Advertisement
<< Rajasthan Man Turns Mentally Challenged After Being Chained...
A New Study Shows Promise in Using RNA Nanotechnology to Tre... >>

Smoking And Tobacco
News Archive
News Resource
Advertisement
News Category
Which is a Better Form of Exercise: Daily or Weekly? First Phase of Foot-and-Mouth Disease Vaccination Shocking News: Polio Cases Return After a Decade in the US Death Caused by a Rare Type Amoeba: Research Study Japan Approves Smallpox Vaccine for Monkeypox
More News
Sign up for Wellness Consult a Doctor Sign up for Selfcare