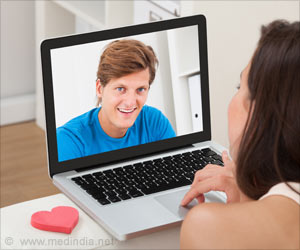 Use of internet, mobile and video games has been associated with a linear increase in school failure, in a study that analyzed the use of technologies by young users.

The study conducted by researchers at the UAB, the Catalan Institute of Health (ICS) and the FPCEE Blanquerna (Ramon Llull University), and which included the methodological support of the Institute for Primary Healthcare Research (IDIAP Jordi Gol), has analyzed the use of information and communication technologies (ICTs) by secondary school students.

The results of the study demonstrate that ICTs are easily accessible for young students and their exposure to these technologies begin at an increasingly early age. At the moment of the survey, 98 percent of the students had internet at home and 89 percent already owned a mobile phone before turning 13. The use of video games reached 54.2 percent and decreased with age.


Access to internet of those participating in the study focused mainly on social networks (87 percent), chats (52 percent), e-mails (68.3 percent) and school work (50 percent). With regard to video games, the use decreases with age, at the same time as parents also decrease the control on how many hours and what type of games their children play.
Advertisement
Researchers have observed a linear increase in school failure in relation to an increase in the hours spent on the computer and less control by parents. School failure reaches 16 percent among students who use the computer less than one hour a day; 17 percent for those who use it one to two hours; 20 percent, two to three hours, and 29 percent if they use the computer for more than three hours a day. Nevertheless, the study shows that not using a computer at all also increases school failure up to 27 percent.

The lack of parental control and an intense use of the computer and video games are also associated with a higher index of young people who have suffered from alcohol intoxication or consume cannabis or other toxic substances.

The research helped to study risk factors associated with an addictive use of these technologies, as well as to form a "photograph" from which to observe the evolution of ICTs use in new generations.

The study is published in the journal Atencion Primaria.

Source: ANI
Advertisement
<< Diabetes Could be Overcome With a 'Probiotic Pill'
Memory and Cognitive Performance Influenced by Negative Ste... >>

Excessive Internet Usage is a Sign of Depression
A new study conducted on internet users revealed that the time spent surfing the web by a person ......

Nomophobia - No Mobile Phone Phobia
Nomophobia is the fear of being out of mobile phone contact. The term was coined by the Great ......