Incentives No Guarantee for Resolving Hypertension 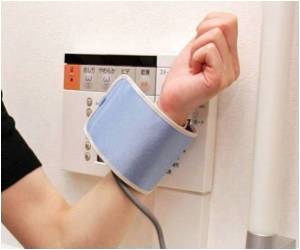 There is no certainty that targets for improving the care of hypertension patients would be met by offering doctors financial incentives, reveals a new study in Britain.

Researchers were very forthright in their statement that billions of dollars would be wasted by governments and health insurers on doctor incentive schemes when there was nothing done to improve patient care. "By no measure did pay-for-performance benefit patients with hypertension," said Brian Serumaga of Britain's Nottingham University, who led the research.

Although the National Health Service had allocated 1.8 billion pounds to the hypertension incentives project there has been very little actual impact on the 470,000 British patients with hypertension. The rates of heart attacks, kidney failure, stroke or death show no change for the better.


These incentive schemes had been introduced to encourage people to take charge of their lifestyles and to motivate doctors to provide more pro-active care. Governments offered these incentives to tackle rising healthcare costs.

Unfortunately, the schemes have only added to the financial burden.

Drug intervention need not be the only option to help lower your moderately high blood pressure. Lifestyle changes along with herb remedies such as garlic, arjuna, sarpagandha, and olive can serve the purpose.
Advertisement
Advertisement
This site uses cookies to deliver our services.By using our site, you acknowledge that you have read and understand our Cookie Policy, Privacy Policy, and our Terms of Use  Ok, Got it. Close
×