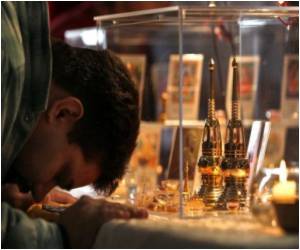 Cancer can be caused by the incense burnt in Thailand's Buddhist temples, according to a study that has prompted the health ministry to release a set of guidelines.

The three temples studied were far from the overpopulated and traffic-filled streets, so that other kinds of pollution did not feature in the problem. The culprit was incense smoke that had dangerous levels of benzene, butadiene and benzopyrene which can pose the risk of leukemia and lung, skin and bladder cancers.

Thailand's public health ministry's set of guidelines suggest that lighting incense in areas that are not properly ventilated should be avoided and that shorter joss sticks that burn quickly should be used. Health officials have sounded the caution to minimize the danger to worshippers and temple workers.