In the World One Billion People Don't Have Mobile Phones 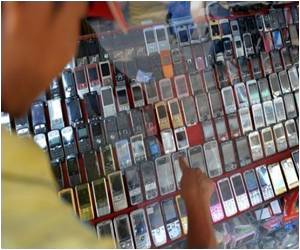 A study has found that about one billion people across the world still do not own a mobile phone, and a third of the world's population is unable to access the internet.

The report by the International Telecommunications Union (ITU) showed that six billion people -- six out of seven of the world's population -- had a subscription to a mobile phone by the end of 2011, the Daily Mail reported.

1 in 5 Brits Would Prefer Starving to Being Without Mobile Phone: Research

A new research has revealed that one in five young people in Britain would rather starve themselves for a whole day than go without their mobile phones.
Advertisement

However, even with the rapid advancement of the communications industry, one billion others still do not have a phone.


About a third of the world's population - around 2.3 billion - does not have access to the internet, the report said.

The report said the number of people acquiring mobile phone subscriptions has risen sharply in recent years, with developing countries seeing a double-digit growth in 2011.

Nomophobia, Fear of Being Away from Mobile Phones, on the Rise

Health experts claim that the number of patients suffering from nomophobia or the fear of being away from their mobile phones is rising and the condition could seriously affect the people's lives.
Advertisement
The daily said the use of mobile broadband grew by 78 percent in developing countries and 40 percent across the world.

However, huge disparities were revealed in the cost of services from country-to-country, the ITU report said, with poorer nations paying the most.

Macau, Norway and Singapore were at the top of the list of 161 countries in terms of internet affordability, while Madagascar came last, just behind Togo and Niger, the Daily Mail said.

Mobile Phones Not Worse Than Taking Hot Bath for Kids?

A new government health leaflet in the UK is not advocating precautions when it comes to mobile phones and children.
Advertisement
<< With Less Visual Clutter Alzheimer's Sufferers may Function...
After Nobel Win China Author to Release New Book >>