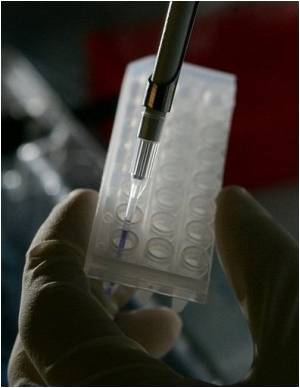 A novel gene therapy treatment successfully reduced pain symptoms in patients with cancer pain, researchers from the University of Michigan Department of Neurology have reported.

They showed that the novel agent NP2 is safe, well-tolerated and might provide a substantial analgesic effect.

NP2 is a gene transfer vector that expresses the naturally-occurring opioid peptide enkephalin.


In preclinical work in animals, David Fink, chair of the Department of Neurology and his colleagues, had demonstrated that injection of NP2 into the skin reduces pain in models of pain caused by nerve damage, inflammation, or cancer.

In the clinical trial, 10 patients with unrelenting pain caused by cancer were injected with the gene transfer agent in the area of skin related to the location of pain.

"In the study, patients who received the low dose of vector showed little reduction in pain; patients receiving the higher doses showed a greater than 80 percent reduction in pain over the course of 4 weeks following treatment," said Fink.

"This is an example of translational research in which we have moved from laboratory bench studies through animal models into new treatment that we are testing patients. There was no placebo control in this phase 1 study, but the apparent dose-dependent pain relief was encouraging to us," he added.

The study is published online in the Annals of Neurology last week.

Bile duct cancer occurs either within the liver or the point where the bile ducts emerge from the liver or outside the liver.
Advertisement
<< Study Shows How Bitter Taste Induces Nausea
Wrist Size in Obese Kids may be Indicator of Future Heart R... >>

Loram (2 mg) (Lorazepam) Drug Side Effects Calculator Turmeric Powder - Health Benefits, Uses & Side Effects Accident and Trauma Care A-Z Drug Brands in India Blood Donation - Recipients Noscaphene (Noscapine) Calculate Ideal Weight for Infants Find a Hospital Iron Intake Calculator
This site uses cookies to deliver our services.By using our site, you acknowledge that you have read and understand our Cookie Policy, Privacy Policy, and our Terms of Use  Ok, Got it. Close
×