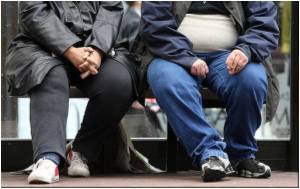 Knee replacement surgeries take far more time to conduct in overweight or obese patients when compared to time taken to conduct in normal weight patients, found in a study.

The research conducted at Hospital for Special Surgery in New York has implications for hospital staff scheduling surgeries, operating room utilization and personnel staffing, and also raises the question of whether knee replacements should be reimbursed based on time.

"When we schedule surgery, the body mass index is never considered," said Geoffrey Westrich, lead author of the study.

Obesity is a condition where there is excess accumulation of body fat which poses a risk to the health of the individual. It can affect children and adults.
Advertisement
"What this study shows is that the utilization is greatly increased. If you have a 20 percent greater utilization for someone who is obese and if you multiply that by five or six knee replacements over the course of a day, at the end of the day the operating room staff could be finishing up two hours later.

"In many cases, the hospital has to pay the staff overtime which greatly increases hospital expenditures," Westrich said.

The investigators retrospectively reviewed a consecutive series of 454 TKAs conducted by one surgeon at HSS between 2005 and 2009. They categorized patients into groups based on the World Health Organization classification of body mass index.

The investigators found that as BMI increased, so did the time it took to perform all parts of the surgery.

In patients who were a healthy weight, the overall room time was two hours and increased as weight category increased; for obese class III patients (>40 kg/m2), it was two hours and 24 minutes, a difference that was 20 pc greater and highly statistically significant.

The study has been presented at the American Academy of Orthopaedic Surgeons annual meeting, held Feb. 15-19 in San Diego, Calif.

Is there a swelling at the back of your knee that is causing pain when you move your knee consider it to be a ...

Osteoarthritis is one of the commonest joint disorder and occurs as we age due to wear and tear of a joint. ...