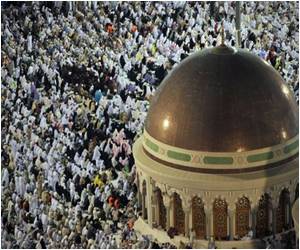 Nigeria cancelled a centuries-old Eid festival known for its elaborate horse pageant. The official reason is said to be the emir's health, but residents suspected worsening violence was to blame.

The festival has taken place in Kano, the largest city in Nigeria's mainly Muslim north, for five centuries, featuring a horse pageant called a durbar, where riders in colourful robes and turbans pay homage to the local emir.

To help feed his Pakistani family, ten-year-old Mohammad Adnan leans towards the blazing furnace, moulding bangles for up to 12 hours a day to earn 18 cents.
Advertisement

Over five days at the end of Ramadan, the Emir of Kano, the top traditional and spiritual figure in the area, and his royal entourage tour the city on horseback while dressed in richly ornamented robes.


It has been one of Nigeria's few tourist attractions, with stunning photographs of the processions making their way into guidebooks. Kano has played an important role in Islamic culture, positioned on a trans-Saharan trade route.

Islam Does Not Forbid from Using Contraceptives, Says Experts

An Islamic scholar has said that neither the Koran nor the Sunnah forbids a Muslim from using condoms, birth control pills and other contraceptives for family planning.
Advertisement
But the festival, set to begin this weekend, will not take place this year. Some said it was the first time it had been cancelled outright, though it has been held in reduced form previously.

"Due to His Royal Highness's ill health, he has mandated me to inform you that he has cancelled all Sallah festivities ... but will only attend the Eid prayers at the mosque," the emir's senior counsellor Abbas Sunusi told reporters.

The emir, Ado Bayero, has been on the throne for 59 years and has been dogged by an undisclosed ailment for some time. Rumours have spread that he is suffering from prostate cancer and has frequently travelled to Britain for treatment.

But the city has also been badly affected by violence committed by Islamist extremist group Boko Haram, whose insurgency has killed more than 1,400 people since 2010.

Its deadliest attack yet occurred in Kano in January, when coordinated bombings and shootings left at least 185 people dead.

On Saturday, soldiers raided a suspected Boko Haram hideout outside the city and discovered a cache of arms including guns and explosives.

Authorities said three suspects arrested in the raid confessed that the arsenal was intended for attacks in the city during Eid.

"We know that the emir has been sick for some years but it did not stop him from holding the durbar. We believe there is more to what the palace is giving as reason for cancelling the Eid festival," resident Shitu Nasiru said.

"The main reason is the security situation in the city. There are fears that Boko Haram may launch attacks during the Eid," said Nasiru, who has been attending the durbar for 32 years.

Last year, despite having undergone surgery, the emir held the durbar, though he cancelled some parts of the city tour.

In Islam religion, surrogacy is forbidden. Islam is a main religious authority in Malaysia and reports show that the practice is becoming more popular in the Muslim-majority nation.
Advertisement
<< Faith in Elvis Kept By Teen Fan
Unexpected Delay In Neurodegeneration in Mice Due To Block ... >>

Christmas Feast, Its always Grand with Cake and Wine
News Archive
News Resource
Advertisement
News Category
Ankle and Ankle Movements While Riding an Hoverboard Is It Healthy to Let Your Mind Wander? Walk Till it Hurts: Good News for Peripheral Artery Disease Patients Plus Size Models and Social Media: Where Do They Fit In? Interrupted Sleep: Is It Good or Bad?
More News
Sign up for Wellness Consult a Doctor Sign up for Selfcare