In Mexico, Adultery is No Longer a Crime 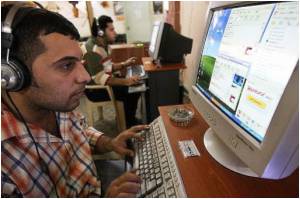 A law that made cheating on a spouse an offense punishable by up to two years in prison has been abolished by the Senate in Mexico.

Sixty-nine senators voted almost unanimously late Thursday to "abolish and depenalize adultery" in the penal code, with one abstention, according to a Senate document.

Under the law, a convicted adulterer could face up to two years in jail and the suspension of their civil rights for up to six years.


The vote was "a way to condemn a crime historically construed to allow men to hold women as property," said leftist senator Pablo Gomez during the debate.

The change already passed the lower house of the bicameral National Congress and now goes to President Felipe Calderon for his signature.

The abolished law required the adultery to be committed in the marital home and for the adulterer to be caught in the act.

You can save your marriage - even when your partner insists on a divorce.
Advertisement
<< Study Finds More Than Half of US Adults Use Facebook
Surgery in Brain Injury Leads to More Damage? >>

Divorce can be traumatic for children and create a sense of insecurity amongst them. Couples should realize that joined parenting is important even after divorce.
Advertisement
News A-Z
A B C D E F G H I J K L M N O P Q R S T U V W X Y Z
What's New on Medindia

In Mexico, Adultery is No Longer a Crime Personalised Printable Document (PDF)