In Medicine, Even Classical Music Has Healing Powers for Vegetative Patients 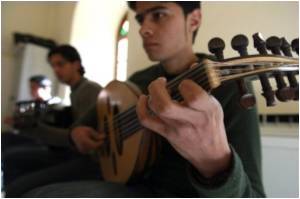 'Music pulls the heartstrings of listeners', or so it is said. And the adage has proved its authenticity, quite literally, with a new study claiming that playing classical music to vegetative patients could change their heart rate in the same way as that of healthy controls.

It suggests that music can affect the neural systems of emotion even when conscious thought is impossible.

Doctor-Musicians Play It Up to Help Patients in Pune

Researchers led by Francesco Riganello at the Santa Anna Institute in Crotone, Italy, played four pieces of classical music to 16 healthy volunteers while measuring their heartbeats.


The team then repeated the experiment with nine people who were in a vegetative state.

In addition, they asked the healthy volunteers to describe the emotions they had felt while listening.

Scientific backing to would-be seducers who instinctively know they have to swap rap or heavy metal for Marvin Gaye to improve the odds for love, has been provided by French researchers.
Advertisement
The pieces, each 3 minutes long and by different composers, were chosen because they have different tempos and rhythms - factors previously shown to elicit positive and negative emotions.

Riganello found that the music affected the heart rates of both groups in the same way. Pieces rated as "positive" by healthy volunteers, such as the minuet from Boccherini's string quintet in E, slowed heart rate, while "negative" pieces like Tchaikovsky's sixth symphony increased heart rate.

People are medically defined as vegetative when they have no recognisable behavioural responses to external stimuli, said Riganello.

"Generally it is thought that vegetative patients are isolated from the external world, but maybe this is incorrect," New Scientist quoted him as saying.

Interestingly, heartbeat patterns detected in people listening to Boccherini's music in previous studies indicated that the listeners were becoming relaxed.

Riganello suggested that listening to music may have caused "some relaxation" in the vegetative patients.

He believes this reaction originates from the lower regions of the brain, such as the limbic and paralimbic system.

These are known to control emotion and autonomic responses and "may remain active after extensive brain damage".

The study is published in the journal Clinical Neurophysiology.

Romantic Music Could Help Win Over Girls, At Least In France