In Jammu and Kashmir, Youth Participate in Marathon Against Drug Abuse 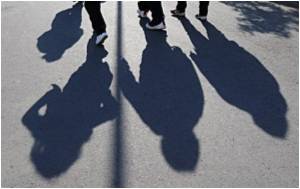 Reports indicate that thousands of youth participated in a marathon against drug abuse in Srinagar, Jammu and Kashmir, on Sunday.

Major General Gurdeep Singh, General Officer Commanding of Victor Force, said that the army had always aimed at creating awareness against the usage of drugs by the youths and the marathon was a part of the campaign.


"Our campaign against drug abuse had started earlier when we had organized a seminar on this topic. We have advertised everywhere that there should be no use of drugs. We want to inform the people especially the youth against the harmful effects of drug use so that they understand the problem. We are spreading the awareness against drugs through seminars and marathons," Singh said.

Accident and trauma care is an important public health challenge that requires immediate attention. Injury (trauma) is the leading cause of death for all age groups under the age of 44.
Advertisement
Despite the chilling weather in the Valley, the locals enthusiastically participated in the marathon raising voice for drug abuse.

"The youth of Kashmir energetically participate in the marathon. Now the time has come that the youth of Kashmir should come forward to notice the issues before the state and they should bring pride to their state. The social evils such as drug abuse that has just prevailed in the region must be curbed and such sport activities that are initiated in the state are of much importance to motivate the youth," said Tasaduq Ahmad, a local.

Iqbal Shah, a participant, said that he was happy to be a part of the event, which aimed to spread such a strong message against social evils such as drug use and its harmful effects on the addicts.

"I am very happy that this kind of activity is being organized here. This is a moment of pride for us that the army officials have organized this marathon. The unrest in the Kashmir valley, which has been going for the past 25 years, is not appreciable anymore. Our friends who used to study with us have now become drug addicts. This marathon is a message to the drug addicts that the usage of drugs should be stopped," Shah said.