In Evolution Theory, The Tortoise is Better Than the Hare 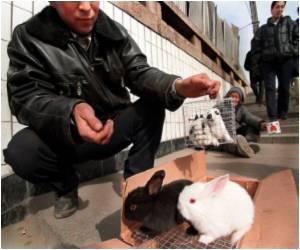 A Michigan State University evolutionary biologist has suggested that it is sometimes better to be an adaptable tortoise than a fit hare when it comes to survival of the fittest.

Richard Lenski and colleagues found bacteria that evolve slowly are more likely to survive in the long term than those evolving more quickly.

It is clear that the root causes of diseases such as type-2 diabetes and obesity have been difficult to identify because the diseases are complex.
Advertisement

The discovery that the less-fit organisms out-survived their in-shape counterparts surprised the researchers at first.


But it turns out to work something like a game of chess.

"In games it makes sense to sacrifice some pieces for an eventual winning move," said Lenski.

Your Genes Dictate When You Go Hunting for New Food

For worms, choosing when to search for a new dinner spot depends on many factors, both internal and external: how hungry they are, for example, how much oxygen is in the air, and how
Advertisement
"The eventual winners were able to overcome their short-term disadvantage over the course of several evolutionary moves by producing more beneficial mutations," he added.

One lineage eventually took over the population even though it had significantly lower competitive fitness than the other lineage that later went extinct.

By replaying evolution over and over with the clones, the researchers showed that the eventual winners likely prevailed because they had greater potential for further adaptation.

"In essence, the eventual loser lineage seems to have made a mutational move that gave it a short-term fitness advantage but closed off certain routes for later improvement," said Lenski.

"And the dead-end strategy allowed the eventual winners to catch up and eventually surpass the eventual losers," he added.

The study appears in the new issue of Science.

Humans are clearly different from chimpanzees. The question is, why? According to researchers at the Stanford University School of Medicine, it may boil down in
Advertisement

Streptococcus bacteria have remained a major threat to health throughout the world despite penicillin and the dozens of antibiotics that followed it.
Advertisement

In Evolution Theory, The Tortoise is Better Than the Hare Personalised Printable Document (PDF)