A new report reveals that approximately 22 million women and 5.5 million men in 27 member states of the European Union (EU27), have osteoporosis; the total burden is expected to increase to 33.9 million (increase of 23 per cent) by 2025.

The IOF report prepared in collaboration with the European Federation of Pharmaceutical Industry Associations (EFPIA), describes in detail the epidemiology, burden, and treatment of osteoporosis in the EU.

Professor Juliet Compston, Chair of the European Osteoporosis Consultation Panel, stated "During the past two decades a number of advances have been made, including a new range of effective medications for treatment and prevention, wider availability of practice guidelines, and the development of risk assessment models which help us to better identify high-risk individuals. Nevertheless, a significant gap remains between the number of individuals who are treated compared to the proportion of the population that could be considered eligible for treatment based on their fracture risk."


Osteoporosis is a progressive chronic disease that causes bones to become fragile and weak. People with osteoporosis are highly susceptible to fragility fractures, even as a result of a minor fall. Fractures can have a serious impact on the sufferer, leading to pain, long-term disability or even premature death. In 2010, 43,000 deaths were causally related to fractures - 50 per cent following hip fractures.

Further key findings of the report include:

Professor John A. Kanis, President, IOF, urged European health authorities to make provision in their healthcare budgets to address the increase in fractures and associated disability. He stated, "By 2025, in little more than a decade, the population aged 50 years and over will increase by 20 per cent, with even larger increases in the number of elderly. Health care systems, already strapped for resources, will have to cope with millions of additional patients suffering from costly and disabling age-related musculoskeletal diseases."

He emphasized that prevention of fractures is clearly the only way forward. "Health care authorities must implement national prevention and treatment guidelines, establish fracture liaison services to identify high-risk patients, facilitate reimbursement of cost-effective medication and DXA scans, and take measures to improve adherence to medications by patients." 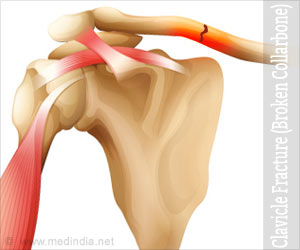 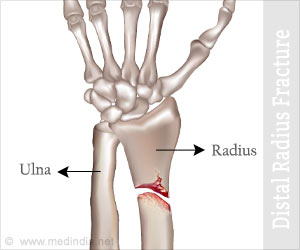 Distal Radius Fracture
A distal radius fracture is a common bone fracture of the radius in the forearm. This type of injury is often called a wrist fracture because of its proximity to the wrist joint.
READ MORE