In Diagnostic Criteria For Autism, DSM-5 Has Higher Specificity Than DSM-IV

Proposed changes to the medical criteria redefining a diagnosis of autism will not leave children excluded and deemed ineligible for psychiatric and medical care.

Parents should not worry about that, says a team of researchers led by psychologists at Weill Cornell Medical College.

Their new study, published in the October 1 issue of the American Journal of Psychiatry, is the largest to date that has tried to unpack the differences between the diagnostic criteria for autism spectrum disorders in the fourth edition of the Diagnostic and Statistical Manual of Mental Disorders (DSM-IV) and the proposed revision in the fifth edition (DSM-5), which is expected to be published in May 2013. These manuals provide diagnostic criteria for people seeking mental-health-related medical services.


"I know that parents worry, but I don't believe there is any substantial reason to fear that children who need to be diagnosed with autism spectrum disorders, and provided with vital services, will not be included in the new criteria in this updated manual," says the study's senior investigator, Dr. Catherine Lord, director of the Center for Autism and the Developing Brain at NewYork-Presbyterian Hospital's Westchester campus, along with its affiliated medical schools Weill Cornell Medical College and Columbia University College of Physicians and Surgeons.

At issue is whether DSM-5 will "capture" the same individuals diagnosed with different forms of autism by the DSM-IV. The DSM-5 proposal redefines autism as a single category -- autism spectrum disorder (ASD) -- whereas DSM-IV had multiple categories and included Autistic Disorder, Asperger's Disorder, and Pervasive Developmental Disorder, Not Otherwise Specified (PDD-NOS).

Critics have particularly worried that among the excluded will be children now diagnosed with PPD-NOS and Asperger's disorder. That isn't the case, says Dr. Lord, who is also a DeWitt Wallace Senior Scholar at Weill Cornell and an attending psychologist at NewYork-Presbyterian Hospital. The study, the largest to date and arguably, the most rigorous, finds that when relying on parent report, 91 percent of the 4,453 children in the sample currently diagnosed with a DSM-IV autism spectrum disorder would be diagnosed with ASD using DSM-V.

Many of the remaining nine percent would likely be reincluded once a clinician can offer input, says Dr. Lord, who is also a member of the American Psychiatric Association's DSM-5 Neurodevelopmental Disorders Work Group.

The study researchers also concluded that DSM-5 has higher specificity than DSM-IV--in their study, DSM-5 criteria resulted in fewer misclassifications.

"These two instruments were particularly well-suited for the current study because they include items based on history and current behavior, and they take into account developmental level in their design," says Dr. Huerta, an instructor of psychology at Weill Cornell and a professional associate at NewYork-Presbyterian Hospital. "This is consistent with DSM-5 criteria, which operationalize symptoms differently for individuals of different ages in order to account for the effect of development on ASD symptoms."

The changes proposed by DSM-5 are designed to better identify autism spectrum disorders and distinguish them from other conditions. According to Dr. Huerta, "The criteria for DSM-5 are actually more inclusive." For example, while DSM-IV criteria require evidence of difficulties related to autism prior to age 3, "DSM-5 says that a child has to show examples of unusual behavior in early childhood, with the idea that there is nothing sacrosanct about your third birthday."

Other changes proposed by DSM-5 include defining autism spectrum disorders by two sets of core features -- impaired social communication and social interactions, and restricted and repetitive behavior and interests. DSM-5 reorganizes the symptoms in these domains and includes those not previously included in DSM-IV, such as sensory interests and aversions.

The overall issue with DSM-IV was "not that a lot of people are diagnosed with autism who shouldn't be, but that there is a lot of confusion because the criteria were not very accurate," says Dr. Lord.

"DSM-5 deliberately added and organized things to try to bring in and better address the needs of people with autism spectrum disorders of all developmental levels and ages -- including girls, who were not represented as well as they should be in DSM-IV," Dr. Lord says. "The goal of DSM-5 is to better describe who has ASD in a way that matches up with what we know from research, which predicts who has the disorder and also reflects what clinicians are actually looking at."

Because of the newness of the proposed criteria, only a few studies have attempted to compare the criteria between the two DSM versions. "Our study is much broader, and it is important to note that we get very similar results when looking at three large data sets that were collected for different purposes, with diverse populations, and for various reasons," says Dr. Lord.

Dr. Catherine Lord was involved in the development of some of the instruments used in this research and receives royalty income from the sale of those instruments.

Autism Symptoms Could Arise from Unreliable Neural Responses: Study
According to a study, diverse symptoms associated with autism could be explained by unreliable activity of neurons in the brain in response to basic, nonsocial sensory information.
READ MORE 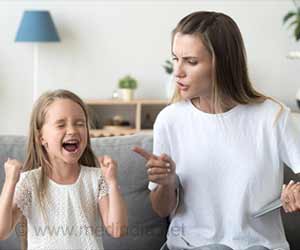