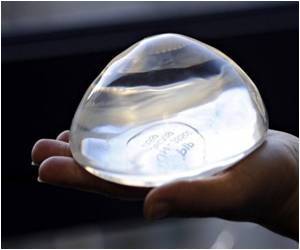 For women who undergo breast reconstruction using implants, most patients reported that the outcomes are similar with two different shapes of silicone gel-filled implants.

This was reported in a study in the March issue of Plastic and Reconstructive Surgery®, the official medical journal of the American Society of Plastic Surgeons (ASPS).

Assessment of key areas of quality of life after breast reconstruction shows few significant differences with conventional round implants versus newer "shaped" implants, according to the new research, led by Dr. Sheina A. Macadam of University of British Columbia, Vancouver.


Does Implant Shape Affect Breast Reconstruction Outcomes? The researchers evaluated patient-reported outcomes in women who underwent breast reconstruction with implants after mastectomy for breast cancer. Reconstructions were done using two different types of silicone gel-filled implants: conventional round implants and anatomical "shaped" implants. The study included 65 women receiving round implants and 63 receiving shaped implants; the round implants all had a smooth surface, while the shaped implants had a textured surface
Advertisement
The patients completed the BREAST-Q© questionnaire, which evaluated changes in several areas of health-related quality of life, including satisfaction with breasts and with overall outcome, psychosocial, sexual, and physical well-being, and satisfaction with care. Quality of life is increasingly regarded as an important factor in evaluating the benefits of various types of medical or surgical treatments.

Data on patient-reported outcomes was collected one to four years after breast reconstruction. About 80 percent of women in both groups had reconstruction immediately after mastectomy.

Scores in other areasincluding psychological and sexual well-beingwere also similar for the two groups. Just one area differed significantly between groups: women with shaped implants rated their breasts as firmer than women with round implants.

Findings May Help to Guide Women's Choice of ImplantsIn a finding important to plastic surgeons, there was no difference in implant "rippling" between groups. Rippling, or wrinkling, had been a drawback of the first generation of shaped implants. Newer shaped silicone implants are not yet approved in the United States; clinical trials are underway.

New implants are introduced to the breast reconstruction market with limited data on the outcomes important to patientsespecially in terms of how the reconstruction affects key areas of quality of life. "Patient-reported outcomes data is required to provide guidance based on previous patients' experience and satisfaction profiles," Dr. Macadam and colleagues write.

The new study finds few differences in patient-reported outcomes after breast reconstruction with round versus shaped implants. "[T]hese two types of silicone implants are equivalent in terms of satisfaction with outcome," according to the authors.

Dr. Macadam and colleagues point out the increased firmness of shaped implants as "the one notable difference" between the two types. They believe their findings will help surgeons inform patients about the expected outcomes of reconstruction using round versus shaped implants, and may help to guide introduction of the shaped implants for widespread use.

Only a Third of Women Undergo Breast Reconstruction After Mastectomy
A report indicates that despite the benefits, only a handful of women are opting for reconstructive ...

Breast Reconstruction Rate in Canada
In Canada, only few patients undergo breast reconstruction after mastectomy, despite its safety as ....