In Boys, Being Obese Significantly Reduces Quality of Life 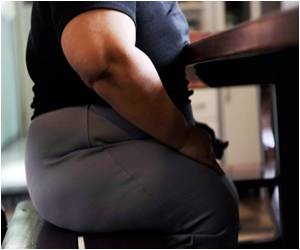 Researchers including an Indian origin have found that boys who are overweight or obese have lower quality of life scores than their normal weight peers.

However, overweight/obese and normal weight girls did not show significant differences in quality of life, they said.

The researchers also found that youngsters of either sex whose weight status changed from overweight/obese to normal also saw their quality of life (QOL) scores improve.


They with more than 2,000 Australian schoolchildren who were about 12 years old at the start of the study in 2004-05. They then followed up with the children after five years, using a questionnaire to assess whether being overweight and/or obese, also known as adiposity, influenced their QOL at around age 17 or 18.
Advertisement
Bamini Gopinath, Ph.D., senior research fellow at Westmead Millennium Institute at the University of Sydney in Australia and one of the study's co-authors, stated, "Adiposity in boys was associated with poorer quality of life during adolescence. This association was not observed among girls. In both boys and girls, though, persistent overweight or obesity was related to poorer physical functioning after the five years. In contrast, weight loss was associated with improved quality of life during adolescence."

The investigators found that male and female participants who were overweight or obese at the start of the study and then reduced to a normal weight had significantly higher physical functioning scores than males and females who started out obese and remained obese after five years. These physical functioning scores measured one aspect of overall QOL.

"The findings suggest that an unhealthy weight status and excess body fat could negatively impact the mental and physical wellbeing of adolescents, particularly boys," said Gopinath.

He added that the findings highlight the value of assessing quality of life among overweight or obese adolescents in both clinical practice and in research studies and that "obesity prevention and treatment efforts [ought to] to address the broad spectrum of psychosocial implications of being obese as a teenager."

The study has been published in the Journal of Adolescent Health.

Mediterranean Diet Linked With Reduced Risk of Heart Disease
Mediterranean diet that is rich in olive oil, fish, fruits, vegetables and nuts can reduce the risk ...

To Keep Your Lover's Heart Healthy Go for Dark Chocolate and Red Wine: Dietician
A Loyola dietitian says that real food of love is dark chocolate and red wine, because it can help ....

Junk Food Cravings Not Triggered by Diet Drinks
Researchers have claimed that sugar-free fizzy drinks are not behind cravings for junk food....