Impulsive Women Are At Risk For Alcohol Problems 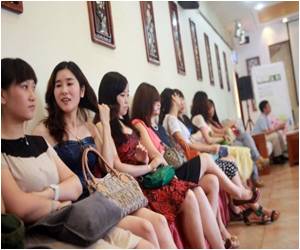 An increasing number of women entering young adulthood engage in heavy drinking behavior, placing them at risk of developing alcohol use disorders (AUDs) as well as other negative consequences such as sexual assault and physical injuries. Prior research has shown that college students drink more than their non-college peers. A new study of the influence of impulsivity-related traits and drinking motives on symptoms of alcohol dependence (AD) among college women has found that an impulsivity trait called 'negative urgency' predicted increases in AD symptoms.

Results will be published in the February 2013 issue of Alcoholism: Clinical & Experimental Research and are currently available at Early View.


"In the last 30 years, young women have been 'catching up' to young men in that binge drinking has been increasing in this group," said Monika Kardacz Stojek, a graduate student in the department of psychology at the University of Georgia as well as corresponding author for the study. "Drinking habits often form in young adulthood, so if a young person gets into the habit of drinking heavily, it may be harder for her to break this habit as an adult. Additionally, because of physiological differences between men and women, women may have more immediate and severe physical symptoms if they consume as much alcohol as a binge-drinking male peer in a short amount of time."

A new study reveals that moderate drinking is slowly becoming acceptable among addiction counselors, either as an intermediate goal or as the final treatment goal.
Advertisement
"Among college women, the population examined by this study, excessive alcohol consumption is associated with numerous very negative consequences," said Gregory Smith, university research professor and director of clinical training at the University of Kentucky. "These include impaired academic performance, increased risk of sexual assault, increased risk of injury by accident, and even increased risk of death."

"There are different 'types' of impulsivity," said Stojek, "and we wanted to examine the effects of these different types on AD symptoms. For example, we wanted to study the effects of acting impulsively while distressed versus the effects of sensation seeking. We chose the first semester of college because it is an important period in the development of drinking habits. Alcohol is often used as a mechanism for initiating social relationships in college. Within this risky environment, personality traits play a role in influencing individuals' behavior. Therefore, the first semester of college is a very informative developmental period to study risk for problem drinking."

The researchers recruited 319 women enrolled in their first semester of college introductory psychology classes at a large Southeastern university; of these, 235 were drinkers. All participants were given the Short-form Michigan Alcoholism Screening Test (S-MAST), which consists of 13 questions regarding drinking behavior and AUD symptoms. The influence of five traits of impulsive behavior - negative urgency, positive urgency, lack of deliberation, lack of persistence, and sensation seeking - as well as drinking motives on S-MAST scores were compared from baseline to approximately three months later.

"We found that negative urgency, an impulsivity trait which describes a tendency to act rashly when experiencing negative emotions, predicted increases in symptoms of AD in young women across their first semester of college," said Stojek. "Additionally, lack of deliberation, an impulsivity construct indicating acting without thinking, predicted increases in symptoms of AD across the first semester of college in young adult women. Finally, women who had high negative urgency and stated that they wanted to drink to alter emotional experiences (either to enhance positive feelings or get rid of negative feelings) at the start of the semester, had the biggest increases in symptoms."

"My clinical experience is very consistent with the findings of this study," said Smith. "Women who tend to act rashly when distressed, and who perceive drinking as helping them cope with distress, tend to end up with more alcohol-related problems. Also, women who are motivated to drink to enhance a positive experience, and who lack deliberation - meaning they do not plan ahead - also end up with more alcohol-related problems. Clinically, I have found that college women who intend to drink to enhance their experience, but who plan ahead and, for example, agree to leave with their girlfriends at a certain time, appear to be at reduced risk for sexual assault than women who do not plan ahead in ways that would increase their security."

Both Stojek and Smith believe these findings can be helpful at multiple levels.

"The delineation of two interactive pathways that appear to influence risk even in the short-term provides a useful advance for both researchers and clinicians," said Smith. "Clinicians can assess impulsivity-related traits and drinking motives and then fashion interventions most suited to the individual woman."

"This study adds further clarity to the types of personality traits and motivational factors that are at play in increasing symptoms of AD in young adult women across a critical period of the first semester of college," added Stojek.

"College women should learn to plan ahead when they go drinking," cautioned Smith, "in order to reduce their risk for problems. Women who tend to get impulsive when distressed should seek training from mental health professionals on effective ways to avoid impulsive actions that prove harmful. Parents and college administrators should not underestimate the risks associated with heavy drinking during the college years."

Stojek agreed. "It seems that women who know that they tend to act without thinking when they are upset should be aware that they might be more at risk for negative consequences from drinking if they impulsively drink while in that negative mood," she said.