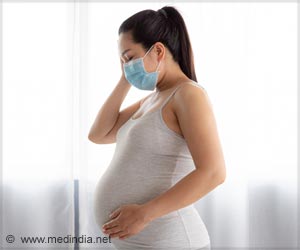 The modelling study suggested that pregnant women in India, Pakistan, Bangladesh, who are exposed to poor air quality, may be at higher risk of stillbirths and miscarriages.

Areas with better air quality have higher greenness, and having higher greenness measures, in turn, is tied to having a lower rate of deaths from heart disease, finds a new study.
Advertisement
‘A first of its kind Lancet study has indicated that meeting India's air quality targets across south Asia may prevent 7 percent of pregnancy losses.’

An estimated 349,681 pregnancy losses per year in south Asia were associated with exposure to PM2.5 concentrations that exceeded India's air quality standard (more than 40 ig/m or micrograms per cubic meter air), accounting for 7 per cent of annual pregnancy loss in the region from 2000-2016.


In the study, the researchers included 34,197 women who had lost a pregnancy, including 27,480 miscarriages and 6,717 stillbirths, which were compared to livebirth controls.

The concentrations of harmful fine particulate matter (PM2.5) originating from vehicles and other non-vehicular sources, from the start of COVID-19 lockdown, has been reduced by up to 54 percent in five major Indian cities.
Advertisement
Of the pregnancy loss cases, 77 per cent were from India, 12 per cent from Pakistan, and 11 per cent from Bangladesh.

Pregnancy loss associated with air pollution was more common in the northern plains region in India and Pakistan.

Previous studies have suggested a link between air pollution and pregnancy loss in other regions, but this is the first study, published in Lancet Planetary Health, to quantify the burden in south Asia.

South Asia has the highest burden of pregnancy loss globally and is one of the most PM2.5 polluted regions in the world.

"Our findings suggest that poor air quality could be responsible for a considerable burden of pregnancy loss in the region, providing further justification for urgent action to tackle dangerous levels of pollution," said lead study author Dr Tao Xue from Peking University in China.

To carry out their analysis, the authors combined data from household surveys on health from 1998-2016 (from women who reported at least one pregnancy loss and one or more livebirths) and estimated exposure to PM2.5 during pregnancy through combining satellite with atmospheric modelling outputs.

They created a model to examine how exposure to PM2.5 increased women's risk of pregnancy loss, calculating risk for each 10 ig/m increased in PM2.5 after adjusting for maternal age, temperature and humidity, seasonal variation, and long-term trends in pregnancy loss.

Using this association, they calculated the number of pregnancy losses that may have been caused by PM2.5 in the whole region for the period 2000-16 and looked at how many pregnancy losses might have been prevented under India's and WHO's air quality standard (40 ig/m and 10 ig/m, respectively).

Losing a pregnancy can have knock-on mental, physical and economic effects on women, including increased risk of post-natal depressive disorders, infant mortality during subsequent pregnancy, and increase the costs related to pregnancy, such as loss of labour.

Gestational exposure to PM2.5 was associated with an increased likelihood of pregnancy loss, and this remained significant after adjusting for other factors.

Each increase in 10 ig/m was estimated to increase a mother's risk of pregnancy loss by 3 per cent.

The increase in risk was greater for mothers from rural areas or those who became pregnant at an older age, compared to younger mothers from urban areas, the findings showed.

Although WHO's guidelines aim for a safer level of air pollution, the authors noted that India's standard is a more realistic target level, given the high average levels of air pollution in the region and the need to balance practical governance and public health.

Air Quality in the U.S. Dramatically Worse Than in Prior Years

Plants are great, but they don't actually clean indoor air quickly enough to have an effect on the air quality of your home or office environment, stated new research.

Trimester of pregnancy
News Archive
News Resource
Advertisement
News Category
World Turtle Day 2022 Air Pollution can Make Your Heart Skip a Beat Changing Climate: Know Its Impact On Your Sleep Pollution Poses an Existential Threat: Report by Lancet Increase in Infertility Due to Planet Damage by Man
More News
Sign up for Wellness Consult a Doctor Sign up for Selfcare