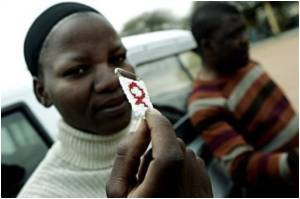 According to a new study, adults with HIV in rural sub-Saharan Africa who receive antiretroviral drugs early in their infection may reap benefits in their ability to work and their children's ability to stay in school. The study, which happens to be a first-of-its-kind clinical study in Uganda compared socioeconomic outcomes with CD4+ countsa standard measure of health status for people with HIV.

The study, to be presented at the XIX International AIDS Conference in Washington, D.C. on Thursday, July 26, 2012 found that people infected with HIV who had high CD4+ counts were able to work 30 percent more hours per day and their children had school enrollment rates that were 15 percent higher than the children of people with low CD4+ counts.

The discovery, by researchers in the Gillings School of Global Public Health at University of North Carolina at Chapel Hill, is the result of one piece of a larger study, called the Sustainable East Africa Research in Community Health (SEARCH) Collaboration, led by doctors at the University of California, San Francisco (UCSF), San Francisco General Hospital and Trauma Center (SFGH) and Makerere University in Kampala, Uganda.


SEARCH is based on the success of a comprehensive approach to addressing HIV/AIDS that was pioneered in San Francisco. The strategy, known as "test and treat," involves universal testing, linkage to care and early treatment. Mounting evidence shows that this tactic keeps people healthier longer and reduces the spread of HIV within the community. The overall goal of SEARCH is to demonstrate that this same approach could be used effectively in the poorest parts of sub-Saharan Africa, where 60 percent of all the people infected with HIV worldwide reside.

Resistance Patterns of HIV to Anti-HIV Medications in South India

Resistance develops to protease inhibitors following their use in second-line treatment for HIV. In a study, darunavir did not develop any resistance during the treatment period.
Advertisement
The goal of this piece of analysis was to examine the potential for economic benefits to be generated by earlier initiation of treatment, said Harsha Thirumurthy, PhD, an economist with the Gillings School of Global Public Health at the University of North Carolina at Chapel Hill.

"If you intervene early, there is hope you can prevent that decline," he said.

How HIV Affects Socioeconomic Factors: People have looked at the impact of HIV treatment on human health in terms of large, quantifiable outcomes such as lives saved. The effect of treatment on some socio-economic indicators has also been assessed, but, before this study, nobody had conducted population-level studies of how socio-economic indicators differ among persons at various stages of HIV infection.

"These are not things that are well-explored in research, but we think they are important," said Elvin Geng, MD, an assistant adjunct professor in the UCSF Division of HIV/AIDS at SFGH.

HIV is a virus that does not just affect human health in the most obvious way -- by attacking cells of the immune system and leaving a person prone to opportunistic infections. It also has a pernicious way of proliferating and infecting cells throughout the body, including in the brain. Its toxic presence in the brain and in other tissues contributes to overall malaise, and the better the body or someone's therapy is able to control the virus, the healthier a person is.

It's a particularly difficult question to study in many parts of sub-Saharan Africa because work may not be measurable in traditional economic terms. In the rural Uganda, where the SEARCH collaboration held two community health campaigns in 2011 and 2012, much of the work revolves around family plots of land and subsistence farming.

But Thirumurthy and his colleagues figured out how to survey participants in the community health campaigns and measure the effect of HIV on people's lives in these settings by looking at indicators like hours worked per week, and children's school enrollment.

When one member of the family is ill, he/she works fewer hours in a given week. As a result of the loss of this labor, other members of the family may have to pitch in and help. This often means that the children in the household who are 12-18-years old will be called upon to spend more time at home and may curtail their schooling as a result.

The data showed that households of HIV-infected adults with high CD4+ counts -- higher than the levels at which treatment is currently initiated in countries such as Uganda -- were significantly better off in terms of hours worked and children's schooling than households of adults with low CD4+ counts.

"The results suggest that early initiation of antiretroviral therapy may generate economic benefits by preventing a decline in employment, improving education outcomes and maintaining them at levels seen among HIV-negative peers," said Thirumurthy.

Animation on how to use Female condom and its advantages.
Advertisement
<< Increase In Number Of Iraq And Afghanistan Veterans Taken I...
31 Percent Smokers Stop Other People From Quitting >>

Statistics tell us that the world HIV+ population has risen drastically from 8 million in 1990 to a whopping 33 million in 2007! Even more alarming is the fact that young people (below the age of 25) account for half of these infections! This is adequate proof for the lack of awareness among the general public even in these modern times. So take our quiz and brush up on the essential facts of HIV/
Advertisement
News A-Z
A B C D E F G H I J K L M N O P Q R S T U V W X Y Z
What's New on Medindia

Selfie Addiction Calculator Vent Forte (Theophylline) Pregnancy Confirmation Calculator How to Reduce School Bag Weight - Simple Tips Drug Side Effects Calculator Accident and Trauma Care Find a Doctor The Essence of Yoga Calculate Ideal Weight for Infants Drug Interaction Checker
This site uses cookies to deliver our services. By using our site, you acknowledge that you have read and understand our Cookie Policy, Privacy Policy, and our Terms of Use