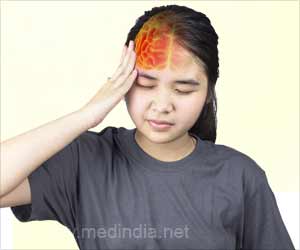 New native outer membrane vesicle (NOMV) vaccine developed for meningitis and bloodstream infections caused by 'meningococcal group B' bacteria will allow younger people to be vaccinated and addresses several limitations of the current vaccinations. The findings of the study are published in the journal mBio.

"We developed the improved version of the vaccine by making several genetic changes to the strain of bacteria used to produce the vaccine, resulting in a broadly protective vaccine rather than a strain-specific vaccine," said Peter Beernink, Ph.D., Scientist at the Center for Immunobiology and Vaccine Development, Benioff Children's Hospital Oakland.

Advertisement
‘Novel improved vaccine for meningitis and bloodstream infections has the potential to be developed into a more broadly protective vaccine for younger kids who are at the highest risk of developing the meningococcal disease, and to increase vaccine safety.’
Read More..


The licensed vaccines have several limitations, which include lack of effectiveness against some bacterial strains and low immune responses of infant humans.
Advertisement
The researchers immunized infant rhesus monkeys with the NOMV-FHbp vaccine, which induced higher levels of protective serum antibodies than a licensed vaccine against five of six bacterial strains tested.

Two macaques immunized with the licensed vaccine, which contains FHbp that binds macaque FH, developed antibodies to the host FH protein whereas none of the animals given the NOMV-FHbp vaccine or a negative control vaccine developed such antibodies.

The monkey antibody responses to the vaccines were measured in the laboratory based on the ability of serum antibodies to kill the bacteria in a test that is widely considered to predict protection in humans.  The sample sizes of animals were chosen, such that the results are highly statistically significant.

"The experimental NOMV vaccine extends the approach of using outer membrane vesicle vaccines, which previously have been given to millions of persons during meningitis B epidemics in Norway, Cuba and New Zealand," said Beernink.

Thus, in a relevant infant non-human primate model, the NOMV-FHbp vaccine elicited higher levels of protective antibodies than the licensed vaccine and anti-FH antibodies in fewer animals. "This shows that the vaccine has the potential to be developed into a more broadly protective vaccine for humans, to extend coverage to infants and toddlers, which are the age groups among the highest risk of developing the meningococcal disease, and to increase vaccine safety," said Beernink.

Source: Eurekalert
Advertisement
<< One in 10 People Have 'near-death' Experiences
Botox Cousin can Decrease Malaria in an Environmentally Frie... >>

Bacterial Meningitis
Bacterial infection that causes inflammation of the membranes of the brain, is called bacterial ......

Cryptococcal Meningitis
Cryptococcal meningitis is a fungal infection affecting the coverings of the brain (meninges). It .....

Non-Antibiotic Therapeutic Option for Bacterial Meningitis
There is a need for discovering new treatment strategies against life-threatening bacterial ......

Meningitis Bacteria Change Key Protein Shape to Escape Detection
Bacterial meningitis seems to crop up out of nowhere in the US every once in a while...