Improved Maternity Care may Save Millions of Lives 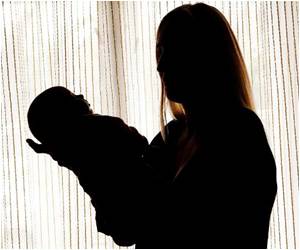 For an annual investment of around a dollar per head could improve maternity care and save the lives of around 3 million women and babies each year, researchers believe.

About 8,000 newborn babies die and another 7,000 are stillborn every day -- 2.9 million and 2.6 million per year respectively, according to a review of data from 195 countries published in The Lancet medical journal.

Most of the deaths are avoidable.


"There is an urgent, unmet need to provide timely, high-quality care for both mother and baby around the time of birth," said study co-author Joy Lawn of the Centre for Maternal Reproductive and Child Health at the London School of Hygiene and Tropical Medicine.
Advertisement
"Each year, one million babies die on their birth day -- their only day. Without greater investments to improve birth outcomes, by 2035 there will be 116 million deaths" of mothers, newborns and unborn infants.

About a quarter of a million women worldwide die every year due to complications from carrying or delivering a baby.

The annual cost of expanding prenatal and birth care to 90 percent of women and babies in the world by 2025 would amount to some $5.65 billion (4.1 billion euros) by 2025, said the team -- about $1.15 per person living in the 75 countries of the world with the highest burden.

This would amount to just under $2,000 spent per life saved -- which the researchers said amounted to a triple to quadruple return on investment in terms of labour capital preserved and other benefits.

"A preterm baby is at least 11 times more likely to die if born in Africa than in Europe or North America," said the researchers.

On current trends, it would be more than 110 years before a baby born in Africa has the same chances of survival as one born in North America or Europe.

The researchers said stillbirths were an "invisible" problem -- as most never got a birth or death certificate and were not factored into targets for reducing infant deaths.

Many newborns also were never documented.

"In reality, these deaths are nearly all preventable."

The UN is targeting a two-thirds reduction of under-five mortality between 1990 and 2015.