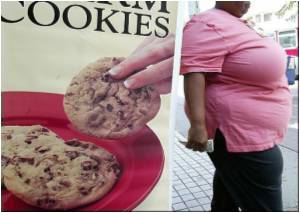 Ministers have been urged by leading Brit docs to impose 'fat taxes' on unhealthy food and introduce cigarette-style warnings to children about the dangers of a poor diet.


Terence Stephenson of Royal College of Paediatrics and Child Health (RCPCH) said that the consumption of unhealthy food should be seen as damaging as smoking or binge drinking.


"Thirty years ago, it would have been inconceivable to have imagined a ban on smoking in the workplace or in pubs, and yet that is what we have now.

"Are we willing to be just as courageous in respect of obesity? I would suggest that we should be," the Guardian quoted Stephenson as saying.

Andrew Lansley, health secretary has alarmed health campaigners by suggesting he wants industry rather than government to take the lead.

He said that manufacturers of crisps and confectionery could play a major role to make Change4Life campaign, a success.

Meanwhile, Stephenson suggested the possible restrictions could include banning TV advertisements for foods high in fat, salt or sugar before the 9pm watershed and limiting them on billboards or in cinemas.

"If we were really bold, we might even begin to think of high-calorie fast food in the same way as cigarettes - by setting stringent limits on advertising, product placement and sponsorship of sports events," he said.

Such a move could affect firms such as McDonald's, which sponsors the youth coaching scheme run by the Football Association.

Dinesh Bhugra of (RCPCH) said school children should be told more about the effects of bad diet.

"If children are taught about the impact that food has on their growth, and that some things can harm, at least information is available up front, he said.