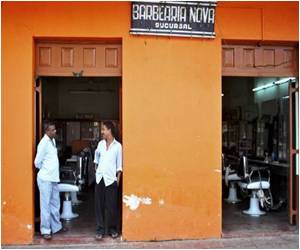 Union Urban Development Minister M. Venkaiah Naidu said that the implementation of projects related to the 'Smart Cities' initiative will commence after talks are finalised between the state government and Centre.

Speaking at a conference here, Naidu confirmed that the selection of the cities shall also entail consultations with local and urban bodies.

According to reports, Naidu also complimented Tamil Nadu for the programmes undertaken by the state government with regards to its urban development, adding that Kanchipuram and Velankanni have been selected as 'heritage cities'.


Earlier this week, the United States Trade and Development Agency (USTDA) had signed three memorandums of understanding on cooperation to support the development of Smart Cities in Uttar Pradesh, Rajasthan and Andhra Pradesh with the respective state governments.

Prime Minister Narendra Modi had earlier stated that the project should improve the quality of urban governance, thereby lending greater strength to the overall governance processes of the country.

Tamil Nadu Infant Affected by Rare Condition That Makes Him Catch Fire Spontaneously
Doctors at a village in Tamil Nadu are baffled by a bizarre condition affecting a three-month boy .....

CM Jayalalithaa Orders Setting Up of Two Gyms to Keep Tamil Nadu Staff Fit
Government staff in Tamil Nadu will soon be seen sweating it out in the gym....