Impact of Wine on Lung Function 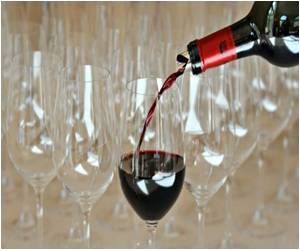 Moderate wine consumption can have a positive effect on lung function, suggest researchers.

The research team from the Netherlands also looked at genetic factors and mechanisms by which resveratrol might be absorbed by the body and its possible effect on longevity of life.


While several previous studies have reported that wine intake improves lung function, Forum reviewers were concerned about several aspects of the paper, and especially with the conclusions of the authors that resveratrol was the key factor in improved lung function.
Advertisement
"Resveratrol may well be just the bystander of something else present in wine," a reviewer said.

"The beneficial effects on lung function are probably related to many compounds present in wine, and not just resveratrol," the reviewer said.

Based on a number of scientific studies, moderate wine intake appears to have a favourable effect on lung function.

The doses of resveratrol seen in these epidemiologic studies are at levels that could be expected from moderate wine consumption, unlike the huge doses of resveratrol, which may not be capable of being metabolized, being evaluated as a potential life-extending drug in pharmaceutical studies.

Quiz on Lung Cancer
Lung cancer and smoking are closely associated. Lung cancer risk increases with the intensity of ......

Wine, Chocolate - Good for Heart
Intake of dark chocolate, wine and being in a healthy relationship are good for the heart, says a .....