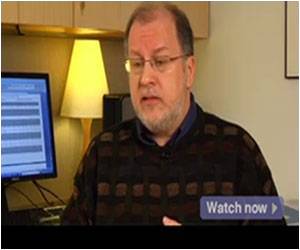 In 2009, when the FDA proposed new rules restricting outdoor tobacco advertising near schools and playgrounds, the tobacco industry came up with an argument saying that such rules would bring to a near complete ban on tobacco advertising in urban areas. An article in the March 2011 issue of the American Journal of Preventive Medicine states that the effect of these regulations would be less severe than the industry contends.

"It is critical to point out one subtle, but important difference between the analysis that the tobacco industry conducted and the analysis presented here, said lead investigator Douglas A. Luke, PhD, professor and director of the Center for Tobacco Policy Research at the Brown School at Washington University in St. Louis. Their analysis focused on the percentage of land area off-limits to tobacco advertising. In this study, the number and proportion of retailers affected were calculated, not the land percentage. The number of retailers affected, not the land area is the more appropriate metric to use when making policy decisions.

AMA President, Dr Andrew Pesce, said today that the AMA supports Government moves to ban the advertising of tobacco products on the Internet and other electronic media.
Advertisement

First, the 'real-world' regulatory impact is felt by people and businesses, not by land. Second,tobacco retailers are clustered in commercial zones and showing that a high percentage of all land is unavailable for advertising under outdoor advertising bans overstates the impact of the policy. A key question is not what percentage of land is off-limits under an advertising ban, but rather, what is the additional or incremental impact of an advertising ban given existing zoning regulations. Using geographical information system (GIS) spatial analysis for the states of Missouri and New York, along with more detailed analyses of the urban areas of St. Louis and New York City, investigators located all tobacco retailers falling with 350-, 500- and 1,000-foot buffer zones around all schools and playgrounds.

Smoking causes many diseases and affects the overall health of smokers.
Advertisement
The FDA is still deciding the distance from schools where they will ban outdoor tobacco advertising. Given the lack of impact of a 350 foot ban, the authors urge the FDA to reject that as an option and implement a distance that is more effective at reducing outdoor advertising where children will routinely be exposed to it. If the 1,000-foot buffer zone were implemented, the authors estimate that up to 1.5 million pieces of outdoor tobacco advertising would be removed across the country. Buffer zones where no outdoor advertisements are allowed have been proposed by the FDA and public comment has been solicited. The tobacco industry contends that a 1000-foot buffer zone in urban areas would be equivalent to a total ban and therefore unconstitutional on First Amendment grounds.

Do you smoke cigarettes daily? Use medindia smoking risk calculator and calculate your reduced Life Span due to Smoking.
Advertisement
<< Young Adults With Autism Get No Help
Researchers Optimistic About New Tuberculosis Vaccine >>

A survey has suggested that tobacco companies may be using web 2.0 media, such as YouTube, to market their products to young people.