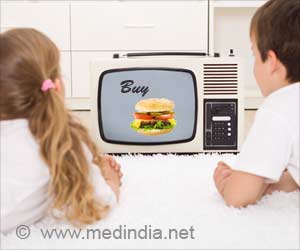 Celebrity endorsement and television commercials of unhealthy foods are known to induce the intake of these foods by children. However, the new study published in Pediatrics highlights the negative influence social media has on children's food intake. The findings show that children are getting increasingly exposed to digital marketing avenues, such as social media and marketing by Youtube video bloggers(vloggers).


‘Young people trust vloggers the most compared to celebrities, so their endorsements towards unhealthy foods can be more impactful and exploitative.’

"Young people trust vloggers more than celebrities so their endorsements may be even more impactful and exploitative. Tighter restrictions are needed around the digital marketing of unhealthy foods that children are exposed to, and vloggers should not be permitted to promote unhealthy foods to vulnerable young people on social media."

Why Do We Eat - Nutrition FactsDiet Lifestyle and Heart DiseaseHunger Fullness and Weight ControlLabel Lingo on Food Items: DecodedTips for Healthy Fasting During RamadhanTop Diet Foods that Make you FatTop Food for DietersSelenium - Natural Source Better than SupplementsRelationship Problems and Top Ways to Solve ThemTop 10 Healthy Weight Gain Foods for Kids
Sign up for Wellness Consult a Doctor Sign up for Selfcare