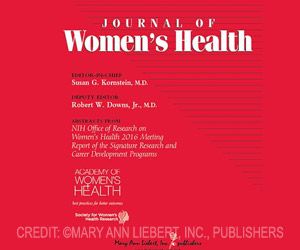 A research team from the California Polytechnic State University has determined the positive effects of reducing the exposure of endocrine disruptor chemicals like Bisphenol A (BPA).

Bisphenol A compound in plastic containers are associated with negative health effects like weight gain. Endocrine disruptor chemicals are harmful chemicals from cosmetics, metals, food additives which are capable of causing cancer, birth defects and other neurodevelopmental disorders.

A new culture system that tests the role of chemical exposure on the developing mammary gland has found that BPA directly affects the mammary gland of mouse embryos.
Advertisement
‘Reducing the exposure of endocrine disruptor chemicals like Bisphenol A may produce a positive effect on a womans health’

The study was published in the Journal of Women's Health


The article, entitled "Randomized Intervention Trial to Decrease Bisphenol A Urine Concentrations in Women: Pilot Study", shows that among the participants, the women in the control group who did not take part in the BPA-limiting intervention, had significant increases in both urinary BPA levels and weight gain after 3 weeks.

BPA may be a Bad News for the Body's Endocrine System

Bisphenol A has been worrying scientists since the last few years. This endocrine disruptor interferes with the hormone signaling system of the body
Advertisement
Todd Hagobian, PhD and coauthors from California Polytechnic State University (San Luis Obispo, CA), propose future large-scale randomized trials to confirm these findings and to determine the potential positive health effects of reduced exposure to endocrine disrupting chemicals on risk factors for disorders such as type 2 diabetes and cardiovascular disease.

"This study shows that by switching to BPA-free products it is, in fact, possible for women who have been exposed to BPA to reduce their body burden of the compound, as measured by urinary BPA levels," says Susan G. Kornstein, MD, Editor-in-Chief of Journal of Women's Health, Executive Director of the Virginia Commonwealth University Institute for Women's Health, Richmond, VA, and President of the Academy of Women's Health. "Although many consumers tend to reject products made of plastics containing BPA, there are unfortunately still many other endocrine disrupting chemicals in our environment."

Bisphenol A is a chemical used in everyday items such as refillable plastic bottles, tins and other plastic food containers.
Advertisement
<< Novel Computational Tool FABMACS Helps to Speed the Drug Dis...
Combination Immunotherapy Drugs for Cancer Treatment May Cau... >>

The genome is permanently altered in the uterus of mice that have been exposed to BPA during their fetal development.