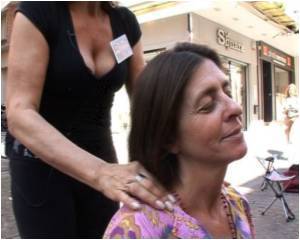 
Although there have been previous, smaller studies about the health benefits of massage, the recent study is widely believed to be the first systematic study of a larger group of healthy adults.


"Massage is popular in America, with almost 9 percent of adults receiving at least one massage within the past year. People often seek out massage as part of a healthy lifestyle but there hasn't been much physiological proof of the body's heightened immune response following massage until now," said Dr. Mark Rapaport, chairman of the Department of Psychiatry and Behavioural Neurosciences.

Each participant underwent informed consent, a physical and mental evaluation and was deemed to be physically healthy and free of any mental disorder.

Massage therapists were trained in how to deliver both Swedish and light touch using specific and identical protocols.

Following the rest period, blood samples were collected from each person five minutes and one minute before the massage began.

"This research indicates that massage doesn't only feel good, it also may be good for you. More research is ahead of us but it appears that a single massage may deliver a measurable benefit," said Rapaport.

The study found that people in the Swedish massage group experienced significant changes in lymphocytes ,(lymphocyte numbers and percentages white blood cells that play a large role in defending the body from disease.

Swedish massage caused a large decrease (effect size -.74) in Arginine Vasopressin (AVP) a hormone believed to play a role in aggressive behavior and linked to helping cause increases in the stress hormone cortisol.

Swedish massage caused a decrease in levels of the stress hormone cortisol and it also led to a notable decrease in most cytokines produced by stimulated white blood cells.

The study will be published in the October printed edition of the Journal of Alternative and Complementary Medicine.

Massage Has No Use in Beating Stress
Having a massage as a way to beat stress is a waste of money a study conducted by American researchers reveals.
READ MORE

Australia to Scrap Free Massages to Bureaucrats
Australian public servants are to lose one of their more unusual perks as part of a crackdown on bureaucratic spending -- tax payer-funded massages, reports said Wednesday.
READ MORE 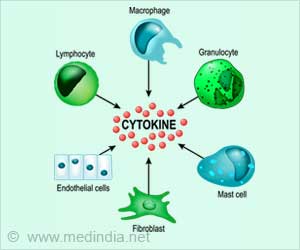