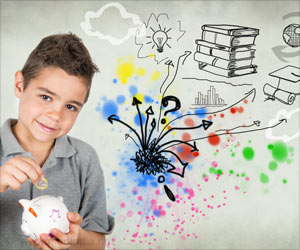 People who examine an issue virtually as a debate or dialogue between two sides are more likely to have deeper, more sophisticated reasoning skills, shows a new research.

Just 10 sessions of cognitive training in older adults was found to demonstrate improvements in reasoning ability and speed-of-processing, a new study revealed
Advertisement
‘The virtual form of interaction may be a productive substitute, at a time when positions on an issue far too often lack the deep analysis to support them.’

"Constructing a dialogue would lead to deeper, more comprehensive processing of the two positions and hence a richer representation of each and the differences between them... thus helping to expand and sharpen students' thinking," said Deanna Kuhn of Columbia University in New York.


"Everything possible should be done to encourage and support genuine discourse on critical issues, but our findings suggest that the virtual form of interaction may be a productive substitute, at a time when positions on an issue far too often lack the deep analysis to support them," Kuhn added.

A study has shown that rats have the ability to link cause and effect such that they can expect, or imagine, something happening even if it isn't.
Advertisement
For the study, published in the journal Psychological Science, the team asked 60 undergraduates to participate in a one-hour writing activity. Some participants were randomly assigned to construct a dialogue between TV commentators discussing two mayoral candidates.

They received a list of notable problems that the city was facing and a list of actions proposed by each candidate to solve these problems.

Other participants received the same information about the city and the candidates but were asked to write a persuasive essay highlighting the merits of each candidate instead.

Then, participants in both groups were asked to write a script for a two-minute TV spot, promoting their preferred candidate.

The results showed that participants who had constructed a dialogue included more discrete ideas in their writing.

Brain network related to the superior reasoning skills in the humans has been detected by a team of scientists, performs high-level cognitive process in which we make comparisons.
Advertisement
<< Few Travel Tips for Your First Trip Abroad
Global Warming may Make Us Short >>