Image of Superheroes can Give the Wrong Message to Growing Boys 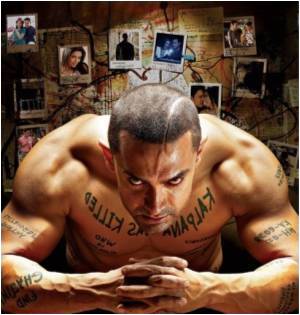 The macho superhero image can give a wrong message to young impressionable minds.

Watching superheroes beat up villains may not be the best image for boys to see if the society wants to promote kinder, less stereotypical male behaviours, suggested psychologists

Behaviour of Certain Sports Stars are Not 'Role Model' Worthy

A new study has revealed that the bad behaviour of some of our sporting heroes does not thankfully influence young people.
Advertisement

"There is a big difference in the movie superhero of today and the comic book superhero of yesterday," said psychologist Sharon Lamb, professor of mental health at University of Massachusetts-Boston.


"Today's superhero is too much like an action hero who participates in non-stop violence; he's aggressive, sarcastic and rarely speaks to the virtue of doing good for humanity. When not in superhero costume, these men, like Ironman, exploit women, flaunt bling and convey their manhood with high-powered guns," she added.

The much loved Father Santa Claus is a bad role model for children, Australian researchers have slammed. He should get off his sleigh and walk.
Advertisement
Lamb said that the superheroes of the yesteryears did fight criminals, "but these were heroes boys could look up to and learn from because outside of their costumes, they were real people with real problems and many vulnerabilities," she further said.

She surveyed 674 boys age 4 to 18, walked through malls and talked to sales clerks and came to understand what boys were reading and watching on television and at the movies.

She found that marketers take advantage of boys' need to forge their identity in adolescence and sell them a narrow version of masculinity. They can either be a player or a slacker, the guy who never even tries to save face.

"In today's media, superheroes and slackers are the only two options boys have. Boys are told, if you can't be a superhero, you can always be a slacker. Slackers are funny, but slackers are not what boys should strive to be; slackers don't like school and they shirk responsibility. We wonder if the messages boys get about saving face through glorified slacking could be affecting their performance in school," said Lamb.

The findings suggest that being able to resist internalizing these macho images, especially aggression and autonomy, declines as boys' transition into adolescence and this decline puts their mental health at risk.

The study was presented at the 118th Annual Convention of the American Psychological Association.

Painfully Thin Posh is Not a Healthy Role Model

Fitness experts have named Victoria Beckham as the 'Most Unhealthy Role Model' of the past 50 years.
Advertisement
Advertisement
This site uses cookies to deliver our services.By using our site, you acknowledge that you have read and understand our Cookie Policy, Privacy Policy, and our Terms of Use  Ok, Got it. Close
×