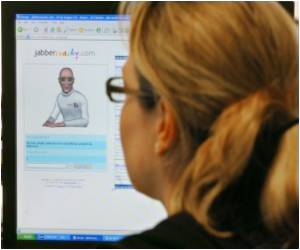 Society should be aware of the potentially harmful effects of the Internet on the brain, leading neuroscientist Baroness Susan Greenfield, one of Britain's most prominent female scientists, has said.

She claimed that the issue of ill effects of networking sites and computer games is almost as important as climate change.

Survey Reveals the Vulnerability of Internet Users to Online Crime

It appears that two-thirds of adults worldwide have fallen prey to some form of online crime.
Advertisement

"I think the quality of our existence is threatened. We need discussions about this, we need debate, and we need more of an effort put in. We need to recognize this as an issue rather than sweeping it under the carpet," the Scotsman quoted Lady Greenfield as speaking at the British Festival of Science at Aston University in Birmingham.


"We should acknowledge that this is bringing an unprecedented change in our lives and we have to work out whether it is for good or bad," she added.

Tweens love to spend time on the internet, and it boosts their happiness quotient,new research has shown.
Advertisement
She also focused on the fact that her are some very good things emerging from the technology but then, nothing comes without a price.

She hammered search engines saying that they hinder the ability to learn and computer games make us more reckless in our day-to-day lives.

"Rather than sleepwalking into this we should be the masters and not the slaves of technology and harnessing it in ways that we could do exciting and fulfilling things with," the scientist concluded urging people to grasp positives out of technology.

A new study has found that access to the Internet is as widespread in China, home to the world's largest online population, as it is in developed nations.
Advertisement
<< Assaults and Brawls Reduce With Restriction on Pub Closing ...
Watching Others' Actions Can Make You Feel You Did It Yours... >>